A recent Canadian study found that nearly 12 percent of Ontario youth diagnosed with attention deficit hyperactivity disorder (ADHD) are prescribed antipsychotic drugs such as Risperdal (Risperidone), Zyprexa and Seroquel despite having no other mental health diagnoses. 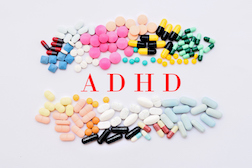 The study by the Institute for Clinical Evaluative Sciences (ICES), which was published in the Canadian Journal of Psychiatry in January, was based on 10,000 randomly selected medical records of Ontario youth from 1 to 24 years old.

The study found that even though nearly 12 percent of the youth with ADHD received an antipsychotic prescription, "very few" had other psychiatric diagnoses that would be treated with antipsychotic medications. The powerful antipsychotic drugs Risperdal, Zyprexa and Seroquel were originally developed to treat schizophrenia. More recently, there is also evidence that the antipsychotics can treat certain behaviors in ADHD.

However, some antipsychotic drugs are also associated with significant weight gain, development of diabetes and other risks.

For example, Risperdal, which works by changing the activity of certain natural substances in the brain, is the subject of more than 2,000 complaints that comprise a mass tort program in Philadelphia to efficiently manage the large amount of cases involving Risperdal.

Many of the complaints claim that Risperdal caused men and boys to develop a condition known as Risperdal gynecomastia in which they grow abnormally large male "breasts" due to an increase in the protein hormone prolactin.

Other potential Risperdal side effects include tardive dyskinesia, a disorder that causes involuntary movements, often affecting the face, high blood sugar and diabetes, stroke, heart attack and even death.

Last month Janssen Pharmaceuticals, the maker of Risperdal, agreed to settle a lawsuit just three days before what would have been the seventh trial focused on the powerful antipsychotic drug in the last two years.

More RISPERDAL News
Settlement terms for the case were confidential.

In July 2016 a jury awarded $70 million in a Risperdal lawsuit against Janssen Pharmaceuticals for a plaintiff who alleged that he experienced excessive breast growth after taking the antipsychotic drug.

In a news release issued in January by ICES, senior investigator of the recent Canadian study Paul Kurdyak, MD had this to say about the risks of Risperdal:

"We don't know why these children and youth with ADHD are on antipsychotics, but there is a risk associated with early antipsychotic exposure, so we need to know more about why they are being used so that the benefits can be weighed against the risks."

Posted by
lisa lares
on February 20, 2017
My son who is 24 now was given seroquel, along with several other medication to help treat his ADHD starting at the age of 10. During the 3 yrs of trial and error to find a medication suitable for his needs he developed a facel tick which to this day he still has. Eventually we stopped looking for treatment seeing that these medications only made things worse for him. He was greatful when we did.