Risperdal Awards Add Up For Plaintiffs

Plaintiffs following recent Risperdal litigation news might be forgiven for thinking the latest awards and settlements are good news. After all, a Risperdal lawsuit that went to trial in the summer resulted in a $70 million jury award. Other awards to plaintiffs alleging they suffered Risperdal side effects also hit the million-dollar mark. And Janssen Pharmaceuticals reportedly settled a lawsuit for a confidential amount in recent months. 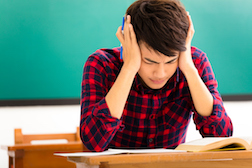 The $70 million award was handed by a jury to the family of Andrew Yount, who alleged he grew female breasts after being diagnosed Risperdal as an adolescent to treat psychiatric problems. According to the lawsuit, although Risperdal's warning label indicated gynecomastia was a rare side effect, scientists were allegedly aware that Risperdal was linked to an increase in prolactin, a hormone that can cause gynecomastia (abnormal breast tissue growth).

In addition to the $70 million, a judge awarded Yount $6.7 million in delay damages. Yount's lawsuit was filed in 2013 but not heard in court until 2016. Janssen has said it will appeal the jury's award.

In October, Johnson & Johnson (parent company to Janssen Pharmaceuticals) agreed to settle a different lawsuit that was scheduled to begin in court. The terms of the settlement are confidential and the identity of the boy involved in the lawsuit has been kept private. The lawsuit alleges a boy who was six years old was prescribed Risperdal to treat symptoms of Asperger's syndrome and developed gynecomastia.

More RISPERDAL News
So far, six lawsuits have been concluded. Four with awards to the plaintiffs—including the $70 million award—one with a settlement and one that was dismissed by a judge who found the plaintiff failed to show his injuries were caused by Risperdal. Lawyers in that suit indicated they intend to appeal the dismissal.

Janssen has said it stands by the safety of Risperdal and its drug helps millions of patients.

Lawsuits filed against Janssen allege the company purposely misled patients and medical professionals about the risk of gynecomastia. According to an SEC filing from J&J, as of October 2, 2016, the company faced 15,400 lawsuits concerning Risperdal.

Posted by
Tracy Broxsonl
on December 5, 2016
I was forced to take this drug while I was in correction mental health institute early 90 s) in florida