Risperdal Side Effects Lawsuits Hinge on Appeal of Limitations Ruling

A legal battle currently raging over a statute of limitations for Risperdal lawsuits is being watched closely by plaintiffs facing the potential loss of their Risperdal gynecomastia lawsuit over interpretations as to when plaintiffs could have become aware of a potential association between Risperdal and Growing Male Breasts. 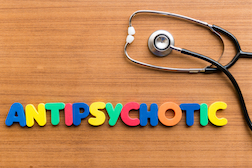 The arguments have grown from rulings by a judge overseeing the Risperdal mass tort in the Philadelphia Court of Common Pleas. Specifically, an order issued in January of last year that two plaintiffs in particular should have been reasonably aware of the potential link between Risperdal and growth of male breast tissue by June 30, 2009.

The defendants, Risperdal manufacturer Johnson & Johnson (J&J) and subsidiary Janssen Pharmaceuticals, support that date. Attorneys for the plaintiffs however disagree and have petitioned, on behalf of their clients, a three-judge panel with the Pennsylvania Superior Court to overturn the original order issued by Judge Arnold L. New.

Risperdal is a popular and effective antipsychotic drug prescribed for patients with ADHD, amongst other indications. Thousands of male patients allege to have experienced enlarged breast tissue after treatment with Risperdal. The condition is known medically as gynecomastia, and in the most severe cases males have been known to secrete fluid akin to a lactating nursing mother.

Judge New, in his ruling last year, noted that the potential connection between Risperdal and Growing Male Breasts had been established in medical journals and media reports – and added to the Risperdal drug label.

Thus, the date of June 30, 2009 intended as the foundation point for a two-year time limit in which to file was, in the view of Judge New, appropriate. J&J had also signaled its position as viewing the 2009 date as more than generous. To that end, lawsuits filed in 2014, for example, would have been three years beyond the expiration of the limitation statute window, if the ruling holds.

More RISPERDAL News
However, Risperdal lawsuit attorneys for the two plaintiffs point to the lack of evidence that either plaintiff would have had any reasonable exposure to the material used by Judge New upon which to base his ruling.

The attorneys also assert that a ruling applying to, in this case three plaintiffs (the third plaintiff saw his Risperdal lawsuit fail following the granting of summary judgment to J&J subsidiary Janssen in February, 2014 using the same principle) should not be applied globally across the mass tort.

Court documents show there are some 2100 cases currently housed as part of the Risperdal mass tort in the Court of Common Pleas, Philadelphia County. A large number of those cases could be lost, the attorneys argued, should the January, 2015 ruling by Judge New be allowed to stand.