Recently, a number of pharmaceutical representatives have reaped huge rewards from qui tam whistleblower lawsuits. There are financial incentives for both good and bad pharmaceutical representatives—some manufacturers encourage and reward their (bad) reps with big bonuses if they promote drugs off-label—but selling drugs off-label is illegal, and increasingly drug companies are getting caught. 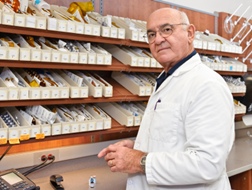 Fourteen years ago, former Pfizer employee David Franklin told his attorney that the company was illegally promoting the drug Neurontin for off-label uses. During one training trip, the company videotaped lawyers instructing Pfizer medical liaisons that off-label promotion was illegal. "Then they shut off the videotape, made some jokes about making sure it was off, and then they trained them on how to break the law and promote off-label uses," said Franklin's lawyer, Thomas Greene.

Greene filed a qui tam suit on Franklin's behalf under the federal False Claims Act (FCA) in 1996, claiming that Pfizer had defrauded Medicare by promoting Neurontin for unapproved uses. The suit accused Pfizer of practicing "market-based" rather than "evidence-based" medicine, with an emphasis on selling the epilepsy drug over using it appropriately. Sales reps were touting Neurontin to treat seizures, bipolar disorders, migraines and other ailments. They referred to it as "snake oil."

In 2000, the government decided not to prosecute the case, and for the next four years, Thomas Greene went after Pfizer. In 2010 the settlement reached $430 million to resolve all Medicare claims: $152 million of that amount was attributed to Franklin's qui tam case and Franklin was awarded about $26 million for his whistleblower role.

Qui tam claims filed against Eli Lilly & Company focused on Lilly's Long Term Care Sales division, alleging that Zyprexa was marketed off-label for untested and unapproved uses and that Lilly placed company profits above the public safety. Lilly allegedly created a sales team of 180 "specialty" sales representatives to promote Zyprexa for a number of non-indicated uses to sedate and control elderly nursing home residents exhibiting symptoms of agitation, anxiety and insomnia. Lilly also marketed Zyprexa for Alzheimer's, depression and dementia. These specialty reps called on nursing homes and other elder care facilities where the typical patients were neither bipolar nor schizophrenic, the only conditions for which the drug was approved. But Zyprexa's major side effect was drowsiness and Lilly' reps stressed its ability to "restore calm" in elderly patients and lessen the caregiver's time and efforts.

In early 2009 the US Attorney's Office for the Eastern District of Pennsylvania announced that Lilly will pay $1.4 billion for its illegal off-label marketing of the antipsychotic drug. The six whistleblowers who brought the complaint against the drug company will share in approximately 18 percent of the federal and qualifying states' recoveries. All six whistleblowers were eventually fired or forced to resign.

More QUI TAM WHISTLEBLOWER News
Gulf War veteran and former Pfizer sales representative John Kopchinski became a rich man in 2009, after a six-year legal battle against Pfizer. He was awarded $51 million dollars as a result of instigating a qui tam lawsuit against the company for promoting the sale of four drugs (Bextra, an anti-inflammatory; Geodon, an anti-psychotic; Zyvox, an antibiotic; and Lyrica, an anti-epileptic), for unapproved uses, and caused false claims to be submitted to government health care programs.

Pfizer settled the case, which included civil and criminal penalties, for $2.3 billion dollars. "In the Army I was expected to protect people at all costs; At Pfizer I was expected to increase profits at all costs, even when sales meant endangering lives," said Kopchinski. " I couldn't do that."

The doctors completely made "something out of nothing" when they diagnosed me as schizophrenic DUE TO AUDITORY-HALLUCINATIONS and I was not having any such problem.

However, what I did tell the doctors was that I was hearing something that I had later seen on television being called LRAD, it's a LONG RANGED ACOUSTIC DEVICE and it makes a sound which any uneducated person about it would describe as an auditory-hallucination. BUT, I have found that the medicine is not meant to be given for it this is not a "hallucination" and the sound is being made by something real and tangible.

I want to think that bringing this LRAD into the court that decides if the drug is to be given with these facts, and if so and they decide not to give the drug for when this is the issue, then I think it should be considered a CASE DISCOVERY in my claim that the medicine was off-labeled for this purpose and needs to be re-evaluated by the court who decides whether or not this drug is safe for these parameters.