2018 was a bad year to be a healthcare fraudster, busy for whistleblowers

Of more than $ 2.8 billion that the Department of Justice (DOJ)obtained in settlements and judgments from fraudsters in 2018, $2.5 billion involved the health care industry, and the largest recoveries came from drug and medical device manufacturers. And 2018 was a very good year for most all Whistleblowers (three whistleblower fraudsters were also busted last year.) 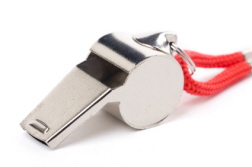 The 2018 recovery under the False Claims Act (FCA) is staggering, but it’s about ½ billion dollars less than the previous year, and the lowest since 2009. The FCA allows whistleblowers to sue companies that allegedly overcharge the federal government for certain services and products, most commonly healthcare fraud involving Medicaid and Medicare. After a whistleblower files a lawsuit, the federal government and eligible states can opt to join the plaintiff in prosecuting the action.

3. AmerisourceBergen Corporation and subsidiaries paid $625 million to resolve allegations of repackaging drugs intended for cancer patients and profiting from the action.

4. Medical device manufacturer Alere paid $33.2 million to resolve claims of selling unreliable testing devices for use in the diagnosis of drug overdoses and other conditions.

5. A DaVita Inc. subsidiary paid $270 million to resolve allegations of providing inaccurate information about patients that caused Medicare Advantage plans to get inflated payments from the government.

In addition, 3M Company paid over $9 million to resolve allegations that it knowingly sold Combat Arms Earplugs to the United States military without disclosing defects that hampered the effectiveness of the hearing protection device, potentially causing hearing loss in veterans.


According to the DOJ, three people paid physicians illegal remuneration disguised as “handling fees” of between $10 and $17 for each patient they referred to two blood testing laboratories. At the two-week jury trial, the government showed that this kickback scheme resulted in physicians referring patients to HDL and Singulex labs for medically unnecessary tests and then billed to federal health care programs. The three individuals found liable for violating the False Claims Act were fined $114 million.

More WHISTLEBLOWER News
• Initiated 84% of new matters and accounted for 73% of the government’s recoveries.
• Received just over $301 million in awards.


Not all whistleblowers have good intentions. Some are downright fraudsters. DOJ dismissed 11 qui tam lawsuits brought by a “professional” whistleblower against multiple defendants. According to Forbes, the DOJ “seemed to express disdain” for a shell company set up by investors and former Wall Street investment bankers. The relator [whistleblower] saw FCA claims as a “massive business opportunity,” and the DOJ asked federal judges nationwide to dismiss such lawsuits against health care companies and said it spent hundreds of hours investigating kickback allegations only to find no merit to them.

Posted by
Cynthia Cunningham
on February 11, 2019
I took Valsartin for 7 years in and out hospital's until on day my heart went bad. Had to have open heart surgery. Doing a little better but still having other complications.