So far the month of July has been financially lucrative for at least two and possibly more qui tam whistleblowers. The Office of the Attorney General of Indiana filed notice that it will join two whistleblowers' Medicaid fraud lawsuit, and the US Department of Justice (DOJ) Federal Bureau of Investigation's Los Angeles Field Office announced that $3.6 million will be paid to resolve allegations, brought by another two whistleblowers, that their former employer defrauded government healthcare programs. 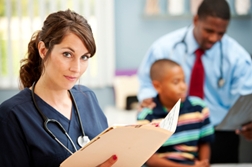 A recent investigation by the state of Indiana supports whistleblower allegations that Madison Center, a behavioral treatment organization in northern Indiana, defrauded the government. The qui tam lawsuit claims that for years it actively sought troubled children to enroll in its programs to boost its Medicaid revenues but then failed to properly diagnose and treat the children. Since the children's families were poor, Medicaid covered the Madison Center's charges for the treatment the children supposedly received. The state estimates it paid Madison Center more than $10 million in Medicaid payments for fraudulent billing charges.

The Madison Center qui tam lawsuit, brought by former Madison Center employees Jean Marie Thompson and Kathleen McCoy in October 2005, had been kept under seal as required by the federal and state False Claims Acts, also known as the Whistleblower Acts. Such suits remain under seal while the government investigates the allegations. The suit was unsealed on or about June 25, 2010, after a decision by the DOJ not to prosecute the action following an extensive investigation. US District Judge Robert L. Miller Jr. lifted the seal on a request from Indiana Attorney General Greg Zoeller, who filed a motion to intervene in the case, meaning the state will join Thompson and McCoy as plaintiffs within 30 days.

More QUI TAM WHISTLEBLOWER News
"We consider the attorney general's decision a victory for the children, who weren't getting the care they needed and deserved, even though the state was spending a great deal of money to get them that care," said Thompson, a psychologist who worked for Madison Center for five years (Elder Care Weekly, July 14, 2010). Madison Center claims it is the largest Medicaid provider in Indiana.

The government has agreed that whistleblowers Cast and Crowley will receive $1,115,614 from the settlement.
READ ABOUT QUI TAM WHISTLEBLOWER LAWSUITS