Prozac Side Effects Highlighted in a Number of New Studies

Prozac birth defects may be one of the major issues with the antidepressant, but a number of new studies indicate that the medication might present health risks for seniors as well. 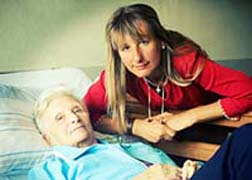 One study—which will appear in the British Medical Journal—found that selective serotonin reuptake inhibitors (SSRIs) such as Prozac may present more health risks to seniors than an older group of drugs called tricyclic antidepressants, reports HealthDay.

Assistant professor of internal medicine at Texas A&M Health Science Center College of Medicine Angie Hochhalter told the news source that often times drugs that are widely prescribed to the elderly are not thoroughly tested on the demographic.

"We don't find out how the drugs actually work [for seniors] until they've been out for a while," Hochhalter, who was not involved in the study, said.

Carol Coupland, an associate professor of medical statistics at the University of Nottingham and study author, said that Prozac, along with Effexor, might not be the best medication to use to treat depression in the elderly.

"The choice of class of antidepressant is a complex decision, and some evidence is still lacking to help with that choice in older patients," she told the news provider. "Low-dose [tricyclic antidepressants] may be more suitable in frail elderly patients at increased risk of falls and fracture."

More PPHN AND PROZAC News
The elderly aren't the only demographic at an increased risk of Prozac side effects, as findings that appear in a recent issue of Stroke: Journal of the American Heart Association reveal that depressed woman may be at higher risk of suffering from a stroke. Those who take Prozac and other such medications are "perhaps at even higher risk," Dr. Kathryn Rexrode, an internist with Boston's Brigham and Women's Hospital and the study's senior author, told ABC News.

Researchers followed 80,574 woman with an average age of 66 for a number of years and ultimately found that being depressed increased their risk of suffering a stroke by 29 percent. Those who took SSRIs such as Prozac were 39 percent more likely to endure a stroke than those woman who said they had never been depressed or taken an antidepressant.

"There is something about being depressed that increases your risk of stroke," Rexrode told the news source.