The US Food and Drug Administration (FDA) recently issued an updated statement regarding Prozac side effects that can arise from a combination of the drug and linezolid, according to MedPage Today. 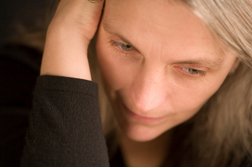 The FDA issued the warning due to the potential for serious central nervous system toxicity when patients take serotonergic psychiatric drugs, including Prozac, in combination with the antibacterial agent linezolid, the news source reported.

Cases of serotonin syndrome, which is characterized by mental changes, sweating or shivering, muscle twitching and coordination problems, have been reported as an allegedly adverse reaction with linezolid for drugs that are classified in the selective serotonin reuptake inhibitors (SSRI) category, MedPage Today reported.

Though there has not been a precise mechanism by which linezolid interacts with these drugs that has been determined, it may lead to several theories surrounding the inhibition of monoamine oxidase A. One individual has allegedly died from the combination, according to the news source.

"Healthcare professionals and patients may not realize that linezolid has monoamine oxidase inhibitor properties," the FDA noted in the statement.

The agency also advised that alternatives should be considered and the risks and benefits need to be carefully weighed prior to a patient receiving treatment with linezolid while taking a serotonergic psychiatric drug.

Linezolids are generally taken for the treatment of Enterococcus faecium infections, pneumonia, and skin and soft-tissue infections, according to the news source.

The FDA notification also outlined a plan to help clinicians educate their patients about the signs and symptoms of serotonin syndrome.

More PPHN AND PROZAC News
Reports from the FDA came as a study from the Centers for Disease Control and Prevention (CDC) revealed data that showed there has been a 400 percent increase of antidepressant prescriptions in the US since 1988, according to Time magazine.

The magazine reported that more than one in 10 Americans over the age of 12 are now on medication for depression, and more than two-thirds of those with severe symptoms of the condition do not take any antidepressants at all.

According to the magazine, there were 12,000 people who took part in a national annual health survey and the results were released as part of a National Center for Health Statistics Data Brief.

The findings from the research show that although many people feel that our country is over-prescribed, the number of individuals who are on medication could be much higher due to the symptoms that they have reported.