Ten years ago Gary Phillips was diagnosed with type 2 diabetes. He had taken proton pump inhibitor (PPI) medications for acid reflux issues at least once a day for about 13 years but only knew that the medications were linked to diabetes when he read about PPI lawsuits. Unfortunately the meds worked— so he kept taking them. Now he takes insulin shots. 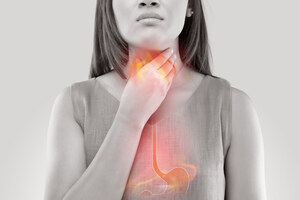 “When my doctor told me that I had type 2 diabetes I didn’t take him seriously – and I was in denial,” says Phillips. “None of my family had diabetes except my dad because he drank so much alcohol and ate so much sugar. I had a healthy lifestyle: I was always active and didn’t smoke or drink. “I asked my doctor how I could have this disease and he said it is the way I lived my life. That doesn’t make sense.”

Research over the past few years shows that regular use of acid reflux drugs, known as PPIs, is linked to a heightened risk of developing type 2 diabetes. Because these medications are mostly obtained over-the-counter, consumers rarely think they could also come with side effects. Phillips suffered from heartburn so he took Omeprazole, sold under the brand names Prilosec and Losec and Ranitidine, sold under the brand name Zantac, thinking they were harmless.


Type 2 diabetes develops when glucose—which our bodies need for energy—stays in the blood and can’t get into the cells. Genetics play a very strong role in the development of type 2 diabetes, according to the American Diabetes Association (ADA). Lifestyle choices are also key, such as lack of exercise, obesity and unhealthy eating habits. Race can also play a role and the older you are, the more at risk you are for developing type 2 diabetes. At age 45, your risk starts to rise, and after age 65, your risk increases exponentially.

But Phillips is also white and he just turned 65. And nobody else in his family suffered from acid reflux. “When I read the newsletter from LawyersandSettlements and saw ads on TV I knew my diagnosis and PPI drugs was too much of a coincidence,” says Phillips. “My first reaction was OMG that is happening to me. Then I got really angry because I was never told about the dangers of these PPI drugs.

“It’s not fair that we have to pay and suffer because the drug maker keeps selling these drugs and now they are making a profit selling type 2 diabetes meds. It’s like the inventor of the radar detector who then invented radar guns for police – double dipping at our expense.”

Phillips now takes his diagnosis seriously, and realizes his disease will not “clear up” and get better. “This diabetes is scaring the hell out of me and it’s getting worse,” he says. “I’m getting pain in my feet, I am always feeling weak and have no energy. I wasn’t an athlete but I did a lot hiking in the mountains and the desert. I loved to camp and explore around Phoenix and loved the outdoors. Now I have other issues that come with this disease, including emotional problems.”

More PROTON PUMP INHIBITOR GASTRIC CANCER News
Understandably having to change your lifestyle so drastically can lead to emotional issues. Phillips says he hasn’t hiked for a long time. He walks but only around the house. “I mainly babysit my three-year-old granddaughter and clean up the house and backyard. It’s depressing.”

In a report published online in September 2020 by the British Medical Journal and Gut, Chinese researchers found that the potential side effects of PPI medications such as Nexium and Prilosec may increase the risk of type 2 diabetes diagnosis by nearly a quarter. The concluded that “Regular use of PPIs was associated with a higher risk of type 2 diabetes and the risk increased with longer duration of use. Physicians should therefore exercise caution when prescribing PPIs, particularly for long-term use.”  Phillips took PPI drugs daily for more than 13 years.