Two recent studies have shown a link between osteoporosis proton pump inhibitors (PPIa), used for the treatment of heartburn. The US Food and Drug Administration has ordered the makers of the drugs to include a warning about PPI side effects, including over-the-counter PPIs. 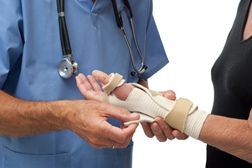 A 2008 study conducted by the University of Manitoba, in Canada, analyzed patients who took proton pump inhibitors over a period of five to seven years and found that such patients had five times the risk of a hip fracture.

An older study, conducted by the University of Pennsylvania in 2006, found that patients who took heartburn medications continuously for more than a year had a 44 percent increased risk of experiencing a hip fracture.

Proton pump inhibitors help relieve heartburn by reducing the production of gastric acid (stomach acid) in the body. The problem reportedly occurs when patients use the medications at a high dose or long-term, for more than a year. People aged 50 or older are at the highest risk of fracture.

More PROTON PUMP INHIBITOR News
As a precaution, the FDA requires that over-the-counter proton pump inhibitors (approved for 14 days of continuous use) also carry the warning label. According to the FDA safety alert, patients should use no more than three 14-day proton pump inhibitor courses in one year.

One study did not find a relationship between the use of proton pump inhibitors and the risk of fractures. That study was limited to a population that did not have major risk factors for fracture.