The Watchdog Group that Rang the Bell on Anti-acid Meds

The Washington DC based watchdog group, Public Citizen, was among the first to start ringing the warning bell. In 2011 Public Citizen demanded that the FDA warn patients and doctors that the use of the popular prescription acid-reducing drugs came with serious health risks. 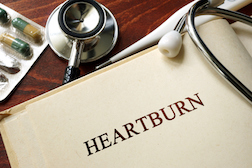 Proton Pump Inhibitors (PPI) have been on the market for decades and as far back as 1992 there were reports that powerful anti-acid medications were linked to kidney disease and the evidence was mounting.

“It was the continual flood of medical data in the medical literature,” says Dr. Sammy Almashat, MD, MPH from Public Citizen. “We were just seeing study after study demonstrating a whole wide range of harms that were associated with Proton Pump Inhibitors.”

“If you stop taking it you might get a syndrome where the stomach produces even more acid and that will cause you to have even more heartburn than when you started the drug,” says Almashat. “You can become dependent on the drug.

“Before 2014, none of that information was on the label. Patients didn’t know about these risks and even doctors did not know.”

In 2013, 130 million prescriptions for PPIs were filled in the U.S. An estimated 1 of every 20 people in the developed world is a PPI user. Brand names include Nexium, Dexilant, Prilosec, Prilosec OTC, Zegerid, Zegerid OTC, Prevacid, Prevacid 24-Hr, Protonix, Aciphex, Vimovo and numerous generic counterparts, most prominently omeprazole and pantoprazole.

Although PPIs are intended to be a short-term fix for heartburn and peptic ulcers it is commonly used for run-of-mill indigestion. Not only that, prescription anti-acid users often continue to take PPIs for months and years – much longer than the 8 weeks required testing period for FDA approval.

Concerned about what it saw the Public Citizen petitioned the FDA 2011 to update the label of PPIs and warnings arguing that PPIs were “grossly overused” with documented “serious adverse reactions” that put the public at risk.

It took the FDA three years to respond to the petition. The response came after Public Citizen filed a lawsuit against the FDA for taking too long to reply.

“Unfortunately the FDA did not agree that a black box warning was warranted but we at least got some of the information onto the label,” Dr. Almashat says.

“Getting information added to labels is something we have tried to do for many years, with many different drugs at Public Citizen,” says Dr. Almashat. “We try to see the drug labels are updated when necessary.”

In August 2016, Nexium, Prilosec and Protonix once again made the Public Citizen’s issue of Worst Pills, Best Pills after a new study from Germany turned up something new.

PPIs are commonly used by elderly patients for heartburn and peptic ulcers. The Germany study published in the April 2016 issue of the Journal of the American Medical Association (JAMA) Neurology “offered evidence that these drugs are linked to an increased risk of dementia”.

Dr. Almashat says PPIs can be helpful for patients with peptic ulcers or other severe acid conditions but it is important for patients and doctors to do a risk benefit evaluation.

More PROTON PUMP INHIBITOR News
“Make sure you read the label,” says Dr. Almashat. “Talk through the label with your doctor. Consider the risk of pneumonia, severe diarrheas, vitamin deficiency, kidney disease, and interaction with other drugs you are taking -- all those things have to be considered before you take a PPI.

“In the case of heartburn, which is by far the most common reason people take these drugs, you have to seriously weigh the risks and benefits. You have other options like losing weight, exercise, changes in diet. And if you are going to use them then only use them for a short period of time.