The bellwether cases for Propecia litigation have now been chosen, according to reports, and plaintiffs who allege they suffered catastrophic Propecia side effects are likely counting down the days until the trials get underway. Despite lawsuits being filed, however, a recent report indicates there's still a lot about alleged Propecia side effects that is not understood. 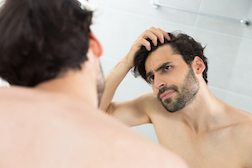 The article was published in Vice (11/21/16) and highlights litigation surrounding Propecia. It also shares the story of Eric Carlos Rodriguez, who committed suicide early in 2016. His family blames Propecia for his death.

They might not be alone. In 2015, Health Canada issued a summary safety review in which it noted that the World Health Organization had received 170 reports of suicidal thoughts and 56 reports of completed suicide linked to finasteride, though neither the World Health Organization nor Health Canada would make any conclusions about the potential link between Propecia and suicide, given the nature of the reports. Propecia is often prescribed to treat male pattern hair loss.

According to the same Vice article, in October 2016, a judge selected the four bellwether cases that will kick off Propecia lawsuits. Those lawsuits allege men were not properly warned about the risk of severe, sometimes catastrophic, side effects. Among the alleged side effects are sexual dysfunction and suicidal thoughts.

Currently, there are almost 1,000 lawsuits consolidated for pretrial proceedings in MDL 2331. Plaintiffs hope to learn how much Merck knew about the alleged side effects and when it had that information. In Europe, the label for Propecia was reportedly changed in 2008 to note that some side effects could be persistent. But the label in the US wasn't changed until 2012.

More PROPECIA News
In 2012, the US Food and Drug Administration (FDA) announced changes to Propecia's label to warn about the risk of sexual disorders, including libido, ejaculation, and orgasm disorders. When it announced the changes, however, the FDA noted that causal links were not established and further noted that a small percentage of men experienced sexual side effects. CBS News (4/12/12) reported that the FDA received 421 reports of sexual dysfunction linked to Propecia or Proscar. Of those, 59 men reported their side effects did not stop for at least three months after discontinuing either of the drugs.

Merck has said it stands by Propecia's safety. What the courts will say about it remains to be seen. For now, some men will continue to take Propecia to treat hair loss while others will wish they hadn't.

Posted by
E J JAXON
on September 30, 2017
I HAVE BEEN TAKING FINASTERIDE FOR ABOUT 6 ARE MORE YEARS AND NOW I HAVE A KNOT IN MY TESTICAL; WENT I INFORMED THE DOCTORS IT THE VA THEY TALK ABOUT OPERATION ON IT; MY UNCLE HAD AN OPERATION LIKE THAT TWO MONTHS HE WAS DIED; AS OF THIS OF MONTH OF SEPT/29/2017 I WILL NO LONGER TAKE THE DRUG; I HOPE IT NOT TO LATE FOR ME; AS A INVESTIGATOR IHAVE SEEN CASES LIKE THIS GET COVER UP IN THE GRAVE YARD;
Posted by
Shawn Sanders
on January 15, 2017
TRUST ME DO NOT
I REPEAT DONOT
TAKE PROPECIA
I DID NOW IM LIVING THE SIDE EFFECT NIGHTMARE
EMAIL ME ILL ANSWER ANY QUESTIONS YOU MIGHT HAVE
DO NOTPUT ONE PILL IN YOUR MOUTH ! ! !