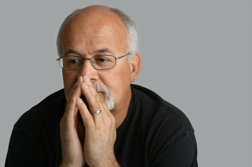 In 2011, the US Food and Drug Administration (FDA; www.fda.gov) made two announcements concerning Propecia and Proscar (the higher strength version of Propecia). The first, in June 2011, was a warning that Propecia is linked to an increased risk of high-grade prostate cancer, a rare but aggressive form of prostate cancer. That warning came after a study involving Avodart and Proscar linked finasteride (the active ingredient in both Propecia and Proscar) to high-grade prostate cancer. Although Propecia is a lower strength version of Proscar, the FDA determined that because it has the same active ingredient, Propecia's warning should be updated.

Then, in July 2011, the FDA announced an update to the Warnings and Precautions sections of Proscar labeling. The update was to reflect a reduced serum PSA concentration of approximately 50 percent in patients within six months of beginning treatment.

More PROPECIA News
Propecia lawsuits were filed in both the US and Canada alleging men suffered sexual dysfunction, and mental and emotional difficulties after using Propecia to treat hair loss. Furthermore, the lawsuits allege that contrary to claims made by Merck, the side effects persist years after men stop using the medication. According to one study, published in the Journal of Sexual Medicine (03/18/11), men who experienced Propecia side effects reported that they lasted up to 40 months after stopping the medication.

Merck has said it would vigorously defend itself against all allegations.

For some men, however, the risks associated with Propecia outweigh the potential benefits. After all, if they are taking the medication to prevent hair loss, then the worst thing that could happen if they do not take Propecia is that they lose their hair. Unlike a drug that treats diabetes or heart disease, the stakes are not as high with Propecia, which is why some men say they should have been properly warned about the risks.