Former House Speaker J. Dennis Hastert has been sentenced to 15 months in prison for actions linked to sexual misconduct. Hastert was ordered to spend time in jail after pleading guilty to a banking violation, which occurred as he allegedly attempted to cover up allegations of sexual abuse. The former House Speaker reportedly pleaded guilty to the banking violation and admitted to sexually abusing teenage boys who were part of a wrestling team he coached from 1965 to 1981. 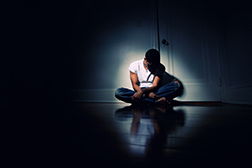 One of Hastert’s victims has now filed a lawsuit against the former House Speaker, alleging breach of contract. The lawsuit seeks $1.8 million, money the plaintiff alleges he was promised as compensation for his abuse.

The plaintiff, who is called James Doe in the lawsuit, alleges that from the time he was 14 years old, he was sexually abused by Hastert, violating his trust and causing severe panic attacks, depression, and psychiatric issues.

“Because of the special trust he placed in Hastert, Hastert’s special position as a trusted adult and family friend, and because of Doe’s youth when the abuse occurred and its nature, Plaintiff did not blame or attribute these problems to Hastert’s abuse during this time,” the lawsuit alleges. In fact, it wasn’t until 2008, when the victim learned about the abuse of another student, that he confronted Hastert about his actions.

During that conversation, Hastert reportedly agreed to compensate the victim for his trauma by paying $3.5 million, and the victim agreed to keep the agreement confidential. Hastert paid around $1.7 million of the compensation between June 2010 and December 2014, withdrawing the money from separate bank accounts to keep the transactions secret.

More PROFESSIONAL SEXUAL MISCONDUCT News
According to the New York Times (5/2/16), it was these banking transactions that first alerted authorities that something was going on. When approached about the situation, however, Hastert claimed he was a victim of extortion and was paying a former student not to go forward with false allegations. A secret investigation determined that Hastert agreed to pay the money to compensate his victim. Doe says that although Hastert did not pay him the amount owing on his compensation, he did not go public with allegations of abuse until he was legally required to as part of the investigation into Hastert’s actions. He says he also upheld his end of the contract by not filing a personal injury lawsuit or taking other action to seek compensation.

Because the statute of limitations has passed, Hastert will not face charges of sexual abuse.

If you or a loved one have suffered losses in this case, please click the link below and your complaint will be sent to a malpractice lawyer who may evaluate your Professional Sexual Misconduct claim at no cost or obligation.
Request Legal Help Now

Click to learn more about LawyersandSettlements.com
LawyersandSettlements.com - A trusted, independent legal news provider bringing quality news and information on legal cases and lawsuits filed in the United States of America to its readers since 2002. Over 650,000 legal help requests including Malpractice Cases, Criminal Law Cases, and Personal Injury Cases have been forwarded to lawyers all across to the country.