A woman who worked as a confidential informant for the Missouri River Drug Task Force has filed a lawsuit against the City of Helena alleging professional sexual misconduct on the part of one of the city’s police officers. The unnamed plaintiff alleges that she was sexually assaulted multiple times by a police officer from May 2012 to October 2012. The lawsuit further alleges that the same police officer sexually exploited other victims as well. 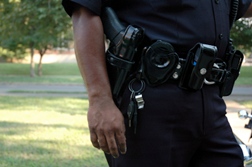 According to KRTV (6/7/16), the plaintiff (referred to as SH) alleges the officer began grooming her for sexual exploitation through flirtatious text messages, which led to forced sexual acts. SH alleges she was threatened with jail time and the loss of her children if she did not comply, and that the officer became more abusive as time went on.

The officer reportedly was investigated for his conduct and no longer works for the police department. SH alleges the abuse resulted in permanent injuries and one suicide attempt.

The lawsuit claims the defendants failed to properly supervise their officer and violated SH’s rights to due process.

Meanwhile, the city of Los Angeles will pay $750,000 to settle a lawsuit filed by a woman who claims one of the city’s police officers sexually assaulted her while on duty. The officer and his partner have both been charged with sexually assaulting multiple women between 2008 and 2011. The officers have been placed on unpaid leave, according to the Los Angeles Times (4/20/16), but have not been fired, pending the criminal trial.

More PROFESSIONAL SEXUAL MISCONDUCT News
The city has already agreed to pay $575,000 to settle a different lawsuit filed by a woman who alleged she was sexually assaulted by the officers.

If you or a loved one have suffered losses in this case, please click the link below and your complaint will be sent to a criminal law lawyer who may evaluate your Professional Sexual Misconduct claim at no cost or obligation.
Request Legal Help Now

Posted by
Carla Holland Strange
on October 25, 2021
I went thru the same things this woman went thru and so much more. After I turned the cop in I was stalked, harassed jailed over and over for code enforcement tickets, after that did not work I was setup and sent to prison for bail jumping! There I was put in Solitary confinement for 6 weeks and then hurt. My name was changed without permission and I came out of prison needing 800K in surgery and nearly died! No one would help! I have no criminal history and I went thru all of this. My story is on YouTube. 6 women after me were sexually assaulted by police in Falls County Tx

Click to learn more about LawyersandSettlements.com
LawyersandSettlements.com is an online news and information site for the general public and legal community. As a legal news resource, we have emerged as an independent & trusted voice. We provide detailed and quality information on various lawsuits filed including Criminal Law Cases, Malpractice Cases, and Personal Injury Cases.