The Boy Scouts of America reached an $850 million agreement with attorneys representing about 60,000 sexual abuse victims

A tentative agreement has been reached with the Boy Scouts of America and some 70,000 sexual abuse victims, but there is opposition to the $850 million settlement, including sponsoring churches and insurance companies. 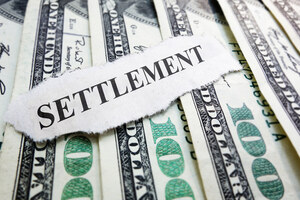 Why now? Information kept secret for decades has recently become public knowledge and in its wake thousands of sexual abuse lawsuits nationwide have been filed.


The Boy Scouts of America (BSA) for decades kept a record of “ineligible volunteer" files and in a 2012 Oregon Supreme Court decision, the organization was required to hand over 20,000 pages that documented 1,200 suspected molesters, reported the NY Daily News. The files, dated 1965 to 1985, were used as evidence in a 2010 Oregon lawsuit – a jury awarded $18.5 million to a sexual abuse victim ruling that the Scouts failed to protect him. An assistant scoutmaster molested the man in the early 1980s.

Also in 2012, the Los Angeles Times published a database that contained in­form­a­tion on about 5,000 men and several women who were ex­pelled from BSA between 1947 and Janu­ary 2005 on sus­pi­cion of sexu­al ab­use. The LA Times reported that “an un­known num­ber of files were purged by the Scouts pri­or to the early 1990s.” And the data it has came from con­fid­en­tial Scout­ing files sub­mit­ted as evid­ence in court cases.


The tentative agreement was disclosed in bankruptcy proceedings in early July. The BSA filed for Chapter 11 Bankruptcy last year as lawsuits mounted with allegations of failure to protect children from individuals with a known history of abusing children, and covering up decades of credible reports of problems. In the bankruptcy filing the BSA says it intends to use this process to create a Victims Compensation Trust.

“The BSA cares deeply about all victims of abuse and sincerely apologizes to anyone who was harmed during their time in Scouting. We are outraged that there have been times when individuals took advantage of our programs to harm innocent children,” Roger Mosby, President and Chief Executive Officer, said in the press release. “While we know nothing can undo the tragic abuse that victims suffered, we believe the Chapter 11 process – with the proposed Trust structure – will provide equitable compensation to all victims while maintaining the BSA’s important mission.”

The BSA bankruptcy filing said the settlement with the Coalition of Abused Scouts for Justice and two other groups covers claims by about 60,000 abuse survivors, according to Reuters. The $850 million agreement needs a judge’s approval: if she gives the green light, a hearing will begin August 25 to approve a disclosure statement (required before ballots can be sent to abuse survivors to vote on the plan) that explains and outlines a new BSA reorganization plan. A separate hearing will then be slated for the fall to determine whether the plan itself will be approved.


Insurers are opposed to the proposed settlement, arguing that they were not part of the negotiations and that the “passage of time appears to have invalidated tens of thousands of abuse claims, while thousands more claims lacked information that is essential to determining their validity,” reported ABC News. About 5,000 sexual abuse victims were initially estimated by the BSA, but the number of claims rapidly grew to 82,000.

More SEXUAL ABUSE News
The insurance companies attribute this massive amount of complaints to “aggressive advertising by attorneys working with for-profit claims aggregators and electronically signing claim forms, sometimes several hundred a day.”  Insurers also are opposed to the BSA’s updated reorganization plan, arguing it “unlawfully strips them of their rights to question claims and improperly allows the trustee overseeing the victims fund to determine what they owe.”  The Hartford Insurance company, however, agreed to cough up $650 million for the victims fund in exchange for being released from any future obligations.

The Church of Jesus Christ of Latter-day Saints dropped its sponsorship in January 2020. They objected to the proposed settlement because it “allows victims to pursue lawsuits against sponsoring organizations after the bankruptcy, while stripping them of the insurance policies that could be used to defend themselves.” And the United Methodist Church said the current BSA plan threatens the organization’s future. “What organization would choose to do business with the Boy Scouts being treated like this going forward?” the Church’s attorney asked.

Posted by
Cindy Koehler
on August 29, 2021
You need to help Salvation Army abuse vicitms achieve justice so that we can heal