The US Food and Drug Administration (FDA) has come under fire lately for the manner by which some recent drugs have been approved. However, one former FDA official was upset a decade ago that drugs used in [Fen phen], a drug combination linked to primary pulmonary hypertension (PPH), were approved for use. He says he knew early on in the approval process that the benefits of Fen phen did not outweigh the risks and says the drugs' manufacturer knew of the risks as well.

Fen phen was considered a wonder drug because of the dramatic weight loss that patients experienced. It was actually a combination of drugs - either fenfluramine (Pondimin) or dexfenfluramine (Redux) and phentermine. One drug suppressed the patient's appetite while the other prevented drowsiness. Despite warnings from health experts that only people who were severely obese should use the drug, around six million people used Fen phen. 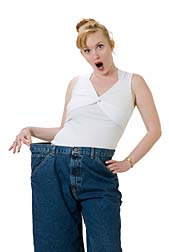 One FDA reviewer, Leo Lutwak, emailed a colleague a year before Fen phen was recalled, complaining about problems with the diet drug. He noted that the marginal benefits of it should be exposed and stated, "The company has gotten away with much manipulation these past 3 years, of the public, of the press, of the FDA." Lutwak was so concerned about American Home Products' conduct that he claimed he would retire from the FDA so he could testify in Fen phen cases.

In an interview with PBS, Lutwak noted that when he started reviewing the drugs that make up Fen phen, the FDA and the manufacturer knew there was a possibility of pulmonary hypertension, although he says the FDA believed the risk was rare.

Regarding PPH, Lutwak said, "It's supposedly very rare. Now, this was listed as a potential side effect for Pondimin in the initial approved labeling of the drug. But it was listed as an extraordinarily rare phenomenon. When I started looking at the actual reports, it didn't seem that rare. Taking that in consideration of the minimal weight loss seen with it, it seemed to me this was a risk that was not warranted. According to what I read, and the way I interpreted the Food and Drug Administration's role, we're supposed to evaluate drugs for their safety and efficacy. When the safety is questionable, it requires an awful lot of efficacy for it to be warranted. So I raised that issue, and I was told by the company that, 'No. This is a very rare side effect that just doesn't occur in enough individuals to make it worth being concerned about.'"

More News
Lutwak also noted that reports from Europe showed that pulmonary hypertension was a huge concern, enough so that a study was commissioned in Europe to determine the incidence of the disease in people using weight-loss drugs. Finally, he noted that FDA officials wanted a black box warning on Redux, but the manufacturer resisted.

Lawsuits regarding PPH can still be filed despite the amount of time that has lapsed since Fen phen was taken off the market. Many lawsuits claim that Wyeth (known at the time as American Home Products) knew about the risks associated with Fen phen.