A job injury that has horrifically impacted the lives of two teens has resulted in lawsuits alleging unsafe working conditions and negligence. The defendant has already been fined by the Occupational Safety and Health Administration for not having workmans' comp in place when the accident occurred. 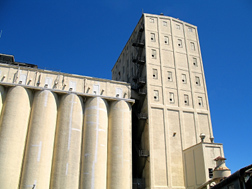 According to a report by The Associated Press (AP), two teenaged boys were operating a grain auger when one of the boys, Bryce Gannon, was endangered when one of his legs became entangled in the machinery. His co-worker, Tyler Zander, attempted to help the other boy and in so doing, himself became ensnared in the auger.

Both boys sustained critical injuries, and both subsequently lost a leg as the result of the accident.

The Enid News and Eagle (1/24/12) reported that the Gannon and Zander families are suing Zaloudek Grain Company, together with its officers and shareholders, for damages in excess of $75,000 as well as punitive damages. In separate lawsuits, the families allege five counts of negligence on the part of the defendants.

The auger into which the boys became ensnared is a so-called "in-floor" auger. The lawsuits contend the auger was "improperly guarded, maintained, designed and configured all in violation of multiple federal and state safety codes, ordinances, labor laws and industry standards and practices."

The plaintiffs also accuse Zaloudek of negligence in not training the boys properly and dropping the ball when it came to supervision. Following a lengthy stay in the hospital stemming from the August 4, 2011 accident, the boys are now home with their families and facing a long road toward rehabilitation.

Zaloudek reportedly is of the view that negligence lawsuits filed by the families of the two boys should be dropped, or at the very least delayed until Zaloudek's own action against CompSource is settled with the aid of a workers compensation lawyer.

More WORKERS' COMP News
However, attorneys representing the families say the Zaloudek action against CompSource has nothing to do with them beyond whom, at the end of the day, is made to pay for the boys' pain and suffering. One attorney noted the defendant did not have workers comp bound, at the time the accident occurred.

To that point, an attorney representing Zaloudek noted that such an injury on the job would normally fall within the jurisdiction of workers compensation, according to Oklahoma laws—unless the area was considered such an unsafe job site, and dangerous to the point where the probability of injury at some juncture is without question—an argument that is hard to prove in court, he said.

The two boys, working in what is alleged to be unsafe working conditions, were both 17 when the accident happened. The lawsuits by their families were filed this past October in Garfield County District Court. Kremlin is located 115 miles northwest of Oklahoma City.

If you or a loved one have suffered losses in a similar case, please click the link below and your complaint will be sent to a workers compensation lawyer who may evaluate your claim at no cost or obligation.
Request Legal Help Now

Click to learn more about LawyersandSettlements.com
LawyersandSettlements.com is an online news and information site for the general public and legal community. As a legal news resource, we have emerged as an independent & trusted voice. We provide detailed and quality information on various lawsuits filed including Workers Compensation Cases, and Employment Law Cases.