Shanin Specter: I Want to Win Because the Cause is Just

Over his 24-year career, Specter has represented and won dozens of multi-million dollar verdicts for catastrophically injured people, many of them for record-breaking amounts, including nine settlements in the range of eight or nine figures. 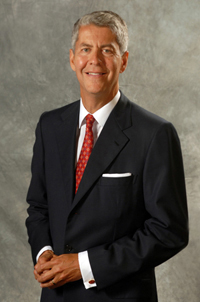 A serious and soft-spoken man, he speaks slowly and clearly as he talks about some of the cases that he believes are important, not just because of the dollar amount, but also because of the remedial impact.

"I represent people and their families when there has been a catastrophic injury," he says talking on his cell phone from Philadelphia, PA. "They need a lot of help, and I have been able to make their lives better. However, I have also been able to help correct inappropriate practices so that these kinds of injuries won't happen again, and all of that is very gratifying."

In 2001, in what has become known as the Mahoney v. Daisy Manufacturing case, Specter stepped up to the plate for important case involving malfunctioning BB guns. This is a case "where a star student athlete was horribly brain injured and eventually died from a BB that was caused to be shot from a gun because of a defect," he says. Specter's tenacious investigation of the Daisy BB Gun resulted in a network television expose that eventually led to the recall of 7 million BB guns.

In 2007, a Pennsylvania college student passed out and suffered brain damage when the campus first responders failed to act properly. Specter achieved not only a large settlement, but also a guarantee from the university that changes would be made to prevent similar incidents in the future.

Specter has gone bumper to bumper with the Ford Motor company in a well-known battle on behalf of the family of Walter White, a 3-year-old boy killed when the parking brake in his father's F-350 spontaneously disengaged. "I tried White v. Ford twice, once in 1998 and once in 2004 and obtained very large judgments against the Ford Motor Company," says Specter. Together the two settlements in White v. Ford totaled 205 million dollars.

Specter's firm has just wrapped up a class action suit representing more than 100 businesses and individuals who suffered losses in a massive fire five years ago, that destroyed a business centre in Bridgeport, Pa. Losses to the businesses destroyed in the blaze were estimated to be 41 million dollars and the court settlement reached was for 35 million dollars. "So to get 35 million should be a big boost to those who lost so much in the fire," says Specter.

At this point in his career, Specter has received a wall full of awards and been named by numerous organizations has one of the best lawyers in the state, even in the nation.

"Our firm takes only about one case out of every fifty that comes to us, and we have a lot of demands on our time, and we have to be very careful about what we take," says Specter.

LAS: How Do You See the Role of the Personal Injury Lawyer, the Litigator?
SS: I think that the civil justice system is the best check on the free enterprise system. In the past decade or so there has been so much of a hands off attitude, from the government, especially the federal government, that is really left to the court system to police the conduct of others in a civil context.

LAS: What is the key to running a successful law firm like yours?
SS: You are not going to win a case in a courtroom unless you know how to try it and you are not going to be able to settle the case unless the defendant believes if you both go to trial, you will try it successfully.

More PERSONAL INJURY News
The most important ingredient on that is obviously thoroughness and preparation. And, honesty—you have to tell the jury the bad parts about your case as well as the good parts. That is a major factor.

LAS: You have received a number of honors over the years. What is your reaction?
SS: The jury couldn't care less about what a magazine or organization says about the lawyers in the case. You have to prove yourself all over in every case. I like that. I don't want to win for some collateral reason like reputation, or name. I want to win because the cause is just.

Shanin Specter graduated with honors in political science from Haverford College (1980) and went on to earn his law degree at the University of Pennsylvania, and his Masters in Law at Cambridge University. In 1995, he and partner Tom Kline established their practice Kline and Specter in Philadelphia. It is the largest personal injury and litigation firm in the state.