'Tell it like it is' says New York Personal Injury Lawyer

With 20-plus years as a personal injury lawyer, Michael Levine's advice to clients may be one of the best pieces of free info you ever get. "I always tell my clients, just tell it like it is," says Levine, in a soft-spoken 'New Yorkah' accent. "I have told my clients two and a half million times that there is no substitute for the truth. The truth never hurts you." 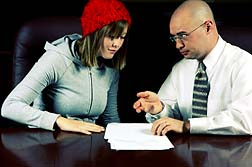 Levine says not being truthful is a lethal mistake when pursing a lawsuit. "People think no one will ever find out if you tell a lie," he says. "Sometimes they block out the truth or intentionally hide it, but in a lawsuit your whole life becomes an open book."

"People must be extremely truthful with their attorneys in order to get the best representation possible," he adds.

Exaggerating the claim can also poison a case. "People exaggerate, thinking that will help their case and that is not true," says Levine. "Exaggerating can really hurt you in a personal injury case. For example claiming you can no longer do something and then get caught doing things you claimed you couldn't do!"

Although it may seem obvious that not telling the truth or overstating the case is a negative, Levine says it is amazing how many people make those mistakes.

"Maybe the client had a criminal problem in the past. Maybe they even spent time in jail," says Levine. "If they lie about it and it is discovered later it will hurt them."

A defense attorney will use even a tiny mistruth or inconsistency to tear apart the case. "That lawyer is going to keep on pouring salt into that wound and make it fester," says Levine. "The jury is going to be thinking about that minor lie rather all the positive aspects of my client's case. It may sound like a cliché but it is true."

Hiding past accidents
Misrepresenting your activity level
Hiding other injuries
Going to a doctor referred to you by your lawyer.

Going to a Doctor Referred to You by Your Lawyer?

More Personal Injury News
Yes, you read correctly. Levine says juries are so distrustful of personal injury lawyers that they will also be distrustful of medical providers who get referrals from lawyers. "A good defense attorney will for sure ask the plaintiff how he or she was referred to the doctor who assessed their injuries," says Levine. "Do not accept a referral from a lawyer--even if it is offered."

Foiled by a Photo

Levine's preemptive cautions to tell the truth and nothing but the truth seem to be working for his clients at least. "Once a client had a serious injury and then was photographed doing work on his house. I think that I am fortunate that it has only happened to me once and but I know it happens all the time," he says.

Michael S. Levine is a name partner with RappaportGlassGreen & Levine with offices in Manhattan and Long Island. Levine is a graduate Hobart College (1979) of the Walter F. George School of Law at Mercer University (1983). He belongs to both the New York State Bar Association and the Suffolk County Bar Association, where he serves on the Grievance Committee and Judicial Screening Committee.