Wage and Hour Lawsuits, Including Overtime Lawsuits, Up in 2012 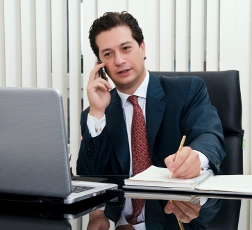 According to the National Economic Research Associates report “Trends in Wage and Hour Settlements: 2012 Update,” (3/12/13; www.nera.com), across the US, employers paid more than 18 percent more in wage and hour settlements in 2012 than they did in 2011. Wage and hour litigation involves employees - current and former - alleging they performed unpaid work, were not properly paid for overtime, were not given proper meal or rest breaks, or worked off the clock. Many such lawsuits are brought under the Fair Labor Standards Act (FLSA).

The average for each settlement was around $4.8 million, up from the $4.6 million in 2011. The average settlement per plaintiff per class year, however, was $1,300 in 2012, but $1,500 in 2011. Some lawsuits had settlement averages of more than $25,000 per plaintiff, but that was not the norm. Meanwhile, the average duration of a class period - from the time a lawsuit was certified as a class to the time the lawsuit ended - was five years.

More CALIFORNIA OVERTIME News
The states that saw the most settlement dollars paid were New York and California. Among the notable settlements were Novartis Pharmaceuticals Corp, which paid $99 million to settle the claims of around 7,000 employees who said they were misclassified as exempt from overtime, and H&R Block Enterprises, which paid $35 million to 18,000 employees who alleged the company violated California Labor Law.

Not included in the report, because it was settled in 2013, was a reported settlement by First Republic Bank, which will pay just over $1 million in overtime to almost 400 employees after the US Department of Labor found the employees were misclassified as exempt from overtime. According to Business Management Daily (3/13/13), the bank did not pay overtime when employees worked more than 40 hours in a week and did not included bonuses in base pay when calculating overtime for non-exempt employees.