A driver and a collection of security personnel employed by the Las Vegas Sands Corporation to provide transportation and security to the Chairman and CEO have filed an overtime pay lawsuit alleging the failure to compensate for overtime, together with an alleged breach of other labor laws. A single lawsuit was filed on behalf of nine plaintiffs in US federal court in Las Vegas. 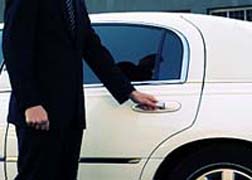 A second lawsuit was filed on behalf of a plaintiff who served as the personal driver to Sheldon Adelson.

The plaintiff claims to have been behind the wheel seven days per week on average between 12 and 18 hours each day. However, he never collected pay for overtime because—he was told—he was a supervisory employee.

Luangisa believes, according to overtime laws, he is owed in excess of $100,000 in back wages. His lawsuit names Adelson and one of his companies, Interface Operations LLC.

As for the lawsuit brought by nine individuals working as "executive protection agents," the plaintiffs claimed they routinely worked in excess of 40 hours per week and frequently more than 150 hours per week providing round-the-clock security for the CEO, his wife and children. Agents would also accompany the family on travel within the US, as well as to global destinations.

More OVERTIME News
The plaintiff, identified as Benjamin Ness, was rebuffed by his employer and was later fired. The overtime labor laws suit alleges that both Ness' firing and the failure to pay overtime were in direct violation of the Fair Labor Standards Act.

The vice president for executive protection for the Las Vegas Sands, Zohar Lahav, was named as co-defendant in the latter suit. Three of the agents, including Ness, have since been terminated. The other six plaintiffs remain employed at the Las Vegas Sands while the overtime pay laws dispute rolls through the legal pipeline.

"The defendants knowingly and willfully failed to pay the lawfully compelled legal overtime rate of one and one-half times the regular rate of pay at which plaintiffs were employed" in violation of the federal Fair Labor Standards Act, the employment pay overtime suit charges.