Saxagliptin lawsuit plaintiffs just got a big victory. The fact that they can sue in California courts under California law will affect whether and how much they can recover for the injuries they have suffered. 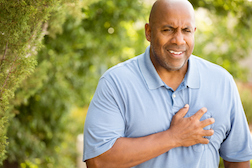 Saxagliptin, a prescription drug used in the treatment of Type 2 diabetes, is marketed as Onglyza and Kombiglyze XR. In 2013, the New England Journal of Medicine published the results of a post-marketing study that found that Onglyza patients were 27 percent more likely to be hospitalized for heart failure. The study also found a significant increase in the rate of “all-cause mortality” among Onglyza patients.

Dubose v. Bristol-Myers Squibb
In Dubose, Ophelia Dubose, a resident of South Carolina, made similar allegations against the same set of defendants.

So why should California law apply? No plaintiff lives there and the drug companies’ connections seem tangential.

Procedural Jockeying
Nothing produces glassy-eyed boredom faster for most people than legal squabbles over personal jurisdiction. But tort cases can be won or lost at exactly this point. Where people sue can make a big difference in the outcome.

More ONGLYZA AND KOMBIGLYZE XR News
In both cases, the court decided that it was appropriate to apply California law because clinical trials of Saxagliptin had taken place within the state.

California has a reputation as a plaintiff-friendly venue especially in pharmaceutical product-liability cases. According to a study published by the Civil Justice Association of California, hardly a plaintiff-friendly organization, these suits have consistently produced some of the country’s largest verdicts in tort cases. In addition, California, unlike many other states does not cap punitive damages.

Although much litigation has yet to get to trial, potential plaintiffs have some early good news to celebrate. California could be a very good place for Saxagliptin lawsuits.