Nursing Home Abuse: When Assisted Living, is Anything But

Imagine the horror of hearing the news that your husband of 49 years had died in the expensive, exclusive nursing home you had searched months for, prior to finding just the right one. An assisted-living home that came with a price tag of $75,000 per year.

They said that he had just stopped breathing. Then, after the funeral, another call—this time anonymous—which claimed your husband had been beaten.

That's the horrendous story that has become Rita Kittower's life. Instead of happy memories of a lifetime with her beloved husband Elmore, Rita is now plagued with the horror of his demise, allegedly at the hands of a former nursing home employee.

The story is symptomatic of a systemic problem in the nation's nursing homes, where residents are allegedly abused, and neglected. Most are in no position to defend themselves. 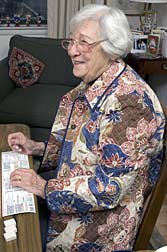 After her retired husband had suffered a stroke and could no longer live at home, the 83-year-old Tarzana woman search high and low for just the right place for her beloved Elmore. She finally settled on Silverado Senior Living in Calabasas, a facility that set her back $75,000 per year for a semi-private room.

Rita likened the place to a 5-star hotel, and was satisfied that she had made the right choice. She admitted to the staff that her husband, since the stroke, could be combative at times and refuse to take his meds, but the staff at Silverado assured her there would be no problem.

When Rita and their grown daughter Elsie visited Elmore just before Halloween to celebrate his 80th birthday, it would be one of the last occasions they would see him alive.

Two days after their next Sunday visit, in early November 2007 a sheriff's deputy knocked on Rita's door. Her husband had died that morning. Just stopped breathing, they had said. Rita, grief-stricken at the loss but comforted that Elmore's death had been peaceful in pleasant surroundings, prepared for, and endured the funeral.

What she was yet to endure, she could not have imagined.

A few days after the funeral a woman phoned with information that suggested Elmore Kittower may have died under suspicious circumstances. The anonymous tipster, who also alerted authorities and identified herself as a Silverado employee, indicated that she had witnessed a staff member of the home punch Kittower in the eye, before wrapping a towel around his head in an apparent act of suffocation.

In order for the investigation to go forward, Elmore Kittower's remains were required to be exhumed, which was done in mid-November—something no grieving spouse should ever have to endure. While the results of an autopsy were inconclusive, two sources with a law enforcement background have indicated in published reports that there was trauma to the body consistent with assault.

More News
The prime suspect in the case is a former employee of Silverado whom, sources say, was terminated shortly after Kittower's death for violating policy. Further details were not disclosed. The individual, who has denied any wrongdoing, was initially arrested on suspicion of elder abuse shortly after Kittower's death, but the case was rejected by the DA's office. As of Christmas Eve, the individual remained the prime suspect in the case.

A spokesperson for Silverado Senior Living indicated the company had conducted a complete investigation and had found nothing to substantiate any wrongdoing.

It should be noted that several other employees of Silverado were terminated shortly after Kittower's death. However, they too were fired for undisclosed policy violations.

In the meantime Rita Kittower, 83, is put in the unenviable position of living out her final days not in restful retirement with warm thoughts of a lifetime together with her late husband, but instead having to deal with the emotional trauma and stress of a possible trial, and every moment haunted by thoughts of Elmore's final moments.

Posted by
Carolyn Fiels-Wilkins
on July 20, 2014
I have reported to numerous agencies this type of treatment and other questionable issues as to misuse of drugs for restraint of my elderly husband. It is almost as if the person has to die before anything will be done to try to get people to understand that the elderly cannot fight for themselves. However, you have local, state and federal agencies that turn a blind eye to these types of problems.

What can be done when you file complaints and it falls upon deaf ears. Until someone dies. But why do people have to keep dying before anything is done?