New Jersey nursing home operator is counting on protocol to dismiss a proposed class action lawsuit claiming poor treatment of residents before and during the COVID-19 pandemic.

The Andover nursing homes operator is facing a proposed class action lawsuit claiming poor treatment of residents before and during the COVID-19 pandemic. He argued in federal court to dismiss the nursing home abuse complaint based on state and federal law virus protocol. 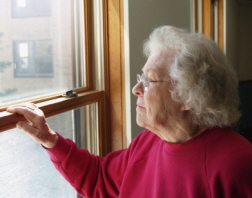 
The Andover Subacute Rehabilitation Center I and II are co-owned by Chaim "Mutty" Scheinbaum and Louis Schwartz, according to federal records. NBC News reported (April 2020) that 17 bodies were found in the Andover Subacute Facility I and II morgue. Scheinbaum said the facility was grappling with the pandemic.

In a statement, Scheinbaum said "The owners, administrators and our heroic healthcare staff of nurses and nurse aides have been working relentlessly to contain the virus and safeguard our residents and staff…The health and safety of our residents and staff is our utmost priority and responsibility.“ But Schwartz’s murky history indicates otherwise. He was vice president at Skyline Healthcare, a defunct nursing home chain plagued by allegations of neglect and mismanagement and now involved in at least 12 lawsuits. As well, former employees filed lawsuits accusing the company's owners of stealing their insurance premiums.

Scheinbaum co-owns four facilities that were cited over 25 times for health-related deficiencies during inspections in 2019 and 2020. According to Asbury Park Press, the Andover facilities received average and low marks from federal health care rankings published by the U.S. Centers for Medicare & Medicaid Services.

"Government must limit ownership and management of nursing homes to only those people that demonstrate commitment and capacity to provide the best care possible to residents,” Toby Edelman, senior policy attorney with the nonprofit Center for Medicare Advocacy, told the newspaper.

Emerson claims he was subjected to "repeated physical and mental abuse." He contracted the coronavirus in March 2020 and says the defendants denied numerous requests by his guardian/attorney-in-fact for his medical records.

Michele Desbiens had been an Andover II resident since 2016. Her son, Paul Desbiens said the facility refused his repeated requests to get his mother treatment for skin cancer in her arm and to have a ureteral stent removed. She contracted the coronavirus in March and died in May, according to the complaint.

Roberts was also an Andover II resident, until he died one month after contracting COVID-19 in April 2020. Brian Roberts, his nephew and administrator of his estate, claimed he only learned of his uncle's death several weeks later, after numerous unsuccessful attempts to reach anyone at the facility for an update, reported Law360.

The plaintiffs pointed out that inspections—since 2015— by Centers for Medicaid & Medicare Services "repeatedly found each of the facilities to be grossly deficient in many aspects" regarding their duty to residents. The CMS' assessment ratings for the facilities are three stars, which is classified as "average," for Andover I, and one star, the lowest possible rating, for Andover II. And in April 2020, a CMS inspection report from April investigating the coronavirus outbreak at Andover II in late March 2020 concluded “the facility was not following infection control safety practices and guidance recommended by CMS and CDC during a COVID-19 pandemic.”


The Defendants are counting on the Public Readiness and Emergency Preparedness Act  (PREP Act) and the New Jersey COVID-19 immunity law to toss the class action.

More ELDER CARE News
In a February 10, 2021 ruling (the “Garcia Ruling”) the Central District of California Court held that the PREP Act provides senior living facilities with an exemption from civil liability for actions taken by such facilities to protect facility residents from COVID-19.
According to the National Law Review, “In the Garcia Ruling, the CDCA Court considered whether the PREP Act’s liability immunity extended to, and completely insulates, senior living facilities/communities for imperfect countermeasures taken by such facilities in response to COVID-19. In evaluating the impact of its decision, the CDCA Court noted that the presumption of complete immunity for providers under the PREP Act is a tough one to overcome once a federal court decides to weigh in on the issue.”