A nursing home abuse lawsuit has resulted in a $200 million verdict against a Florida nursing home. Like other lawsuits alleging elder care neglect, this nursing home injury lawsuit alleged an elderly woman received inadequate care at the hands of those who were supposed to protect her. 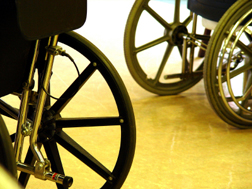 According to the Tampa Bay Times (02/5/12), Elvira Nunziata was 92 years old in 2004, when she fell down a stairwell and died at a Pinellas Park nursing home. At the time, Nunziata suffered from dementia and was confined to a wheelchair. It is believed she accessed the stairwell through a door that may have been left open by an employee who went outside for a cigarette.

The nursing home where Nunziata died reportedly had a history of deficiency citations and complaints about abuse. Furthermore, former employees complained that the home was often understaffed. Witnesses, including former caregivers at the home, testified that Nunziata suffered other falls and injuries while at the home, and said staff knew the victim often wandered off. The nursing home reportedly did not find Nunziata for an hour, despite alarms on the door she went through and on Nunziata's clothing and wheelchair.

In a jury verdict in January 2011, the company that operated the nursing home was ordered to pay $200 million in the wrongful death lawsuit, filed on behalf of the victim's estate by her son. Included in the award was $60 million in compensatory damages and $140 million in punitive damages, Tampa Bay Times (1/13/11) reports. A lawyer for the plaintiff told news sources that he thought the award was the largest ever handed out in a Florida nursing home abuse lawsuit.

More ELDER CARE News
Meanwhile, a lawsuit has been filed alleging an 87-year-old woman suffered sexual assault at the hands of a nursing home aid. According to News Lawrence (1/19/12; 6lawrence.com), the lawsuit further alleges that people in positions of authority at the home covered up the crime from the victim's family and others who investigated the situation.

The victim has since passed away. A representative for the nursing home issued a statement that the home's residents receive state-of-the-art care and that they would defend the lawsuit. The victim's family, however, claims that the victim was not sent to the hospital until two days after the alleged assault, that the victim's husband was not told about the sexual assault allegations and that staff resisted requests from a hospital to report the situation to police (as reported by LJ World; 1/19/12).

Posted by
David Sadler
on June 11, 2014
My grandmother was placed in a rest home suffering from dementia . And confined to a wheelchair and couldn't walk . The rest home called us saying she was running up and down the hall . My father goes to the rest home and her leg was broken with bone coming threw the skin . They take her to the hospital her being bedfast just don't understand how she could be running the hallway . She has bruises surrounding the broken leg . After a couple days at the hospital we bring her home . She has bed sores . She would wake during the night hollering stop , don't do this . They had a large fish tank outside her room and she kept saying don't put me in the fish tank and don't kill me , this lasted for over 2 weeks . She ended up with infection from surgery from the broken leg . After her last trip to hospice on May 16th she passed away on May 17th . She had bruises on both arms and both legs . We have pictures a rest home at Ironton Ohio has documentes of all this .

Click to learn more about LawyersandSettlements.com
LawyersandSettlements.com - A trusted, independent legal news provider bringing quality news and information on all legal cases and lawsuits filed in United States of America to its readers since 2002. Over 250,000 legal help requests including Elder Care Cases have been forwarded to lawyers all across to the country.