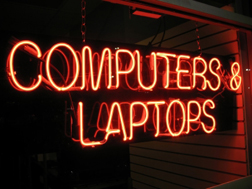 Apple Insider (12/29/10) reports that a former employer of an Apple retail store in New York City filed a lawsuit against the company alleging she was discriminated against following a medical leave of absence. The lawsuit alleges that the plaintiff took the leave because of a nervous disorder and was told that the details of her medical condition would not be given to the plaintiff's employer. The plaintiff alleges, however, that when she returned to work her job was replaced and she was passed over for other jobs because of questions about her mental stability.

Furthermore, the lawsuit alleges, the plaintiff moved from New York to Chicago because she was told about an opening in a different Apple retail store, but she was not given that position either. The plaintiff claims that Apple discriminated against her because of a "perceived disability," which caused her emotional distress and humiliation.

The lawsuit seeks punitive damages for violations of the Americans with Disabilities Act.

More NEW YORK LABOR LAW News
According to The New York Times (01/02/11), the new regulations define which job categories are eligible for shares in the tips. Those categories include waiters, bartenders, bussers, sommeliers and hosts, but only if those people are not managers. Restaurants can determine how the tips are split among those people. Kitchen staff is not included in the tip pool.

The new regulations also increase the minimum wage for tipped employees and includes guidelines on paying for laundering uniforms. Employers must also keep records of tip pools. Failure on the part of employers to follow these guidelines could result in a New York employment lawsuit being filed. Recently, lawsuits over the tip sharing have been filed against employers alleging managers were unfairly taking part in the tip pool.