A New York overtime lawsuit that did not succeed as a class action nonetheless will culminate in a settlement $325,000, making it a happy new year for 18 plaintiffs in the New York employer lawsuit against Citigroup Inc. 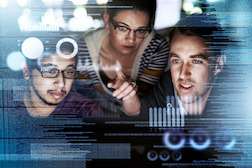 According to court records the dispute began in April, 2015 when the plaintiffs, IT workers, initiated litigation they hoped would be approved as a class action on behalf of potential class members having been hired by Citigroup but procured through staffing agencies. Court records suggest the IT workers were hired directly by a staffing agency, but plaintiffs argued that Citigroup served as a joint employer due to the fact Citigroup controlled their employment function, and was duly responsible for payment.

The plaintiffs in the New York employment law litigation put forward allegations that Citigroup violated the Fair Labor Standards Act by misclassifying the workers as exempt from overtime pay. The plaintiffs also alleged they were not paid for some hours worked.

The plaintiffs attempted to move the New York labor lawsuit forward as a class action on behalf of similarly situated current, and former IT workers hired by Citigroup through staffing agencies, going back about three years.

However the plaintiff’s bid for conditional certification for a collective class action was denied in July. The case then went into mediation with the participation of a mediator together with a US magistrate in the Southern District of New York. A memorandum released in tandem with the settlement announcement noted that settlement talks continued even after formal mediation concluded.

“The settlement is the result of hotly contested litigation, reached after significant motion practice,” the memorandum said.

More NEW YORK LABOR LAW News
The New York overtime settlement represented about 40 percent of what the plaintiffs believed they were entitled to at the outset of proceedings. And yet the settlement was deemed fair given the uncertainty of continuing with litigation and court costs and legal fees that would continue to rise in kind. The settlement included legal fees.

The plaintiffs petitioned the Court to approve the settlement in a filing submitted January 5. Court records show the 18 plaintiffs would receive prorated settlement payouts ranging from $2,879 to $17,817 each, dependent upon the number of hours they might have worked for less, or no pay according to the alleged misclassification and each employee’s unique situation.

The New York state labor law case is Korenblum et al. v. Citigroup Inc., Case No. 1:15-cv-03383, in the US District Court for the Southern District of New York.