It is a city well-known for its cuisine, but many people who work in the New York restaurant industry say their employers are violating New York employment law. In fact, many lawsuits have been filed in New York, alleging that employees are not properly paid minimum wage, nor are they paid overtime, in violation of New York labor law and federal laws. 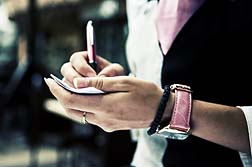 One company that allegedly owes its restaurant workers money is the Liberty Thai Corporation, which operates the Lemongrass Grill. According to an article in the Columbia Spectator (September 24, 2009), Liberty Thai could owe its employees as much as $1 million in unpaid wages and damages.

In 2009, the New York attorney general's office filed a verified petition against Liberty Thai, alleging that the company's owner knowingly paid employees less than minimum wage and did not provide them with overtime pay. According the Columbia Spectator article, employees worked 12-hour days for only $25 day, translating to an hourly rate of $2.08—well below minimum wage, even for tip earners.

In the course of the investigation, workers were found to be owed up to $30,000. Some workers were reportedly paid less than $5 an hour.

More NEW YORK EMPLOYMENT News
Lawsuits have also been filed against some restaurants, alleging that managers cheated workers out of tips by forcing workers to share tips with the managers, even though state law prevents managers from taking workers' tips. Other lawsuits have been filed against restaurants, alleging managers illegally erased employees' hours from their time records, not paying them for overtime work and not properly paying minimum wage.

These lawsuits have been filed by employees in a variety of positions in the restaurants, including wait staff, kitchen staff and deliverymen.

In 2008, a federal judge provisionally approved the first part of two proposed settlements worth a total of $3.9 million in two lawsuits filed against the Fireman Hospitality Group, which owns a number of restaurants in New York. The lawsuits alleged that the restaurants violated wage and overtime laws by not paying minimum wage and overtime, erasing employees' hours and sharing tips with managers, according to The New York Times (June 19, 2008).

As part of the settlement, Fireman agreed to stop manager sharing of tips and to comply with New York wage laws.