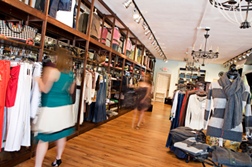 Smith, who was confirmed by the Senate as the Solicitor of Labor on February 4, 2010 and assumed her duties on March 1, 2010, created the "Wage Watch" campaign with a budget of $6,000 and the help of several groups and unions, including the Retail, Wholesale, and Department Store Union (RWDSU), to scout out labor violations. The watchdogs would help both workers and employers know the laws and pass complaints on to labor officials. "Just as no one wants to live in an area riddled with crime, nobody wants to live in a neighborhood where workers are paid sweatshop wages," said Smith upon announcing the program in January 2009. The project helped win $1.4 million in back wages for about 1,000 people who worked at the Soho retail chain Yellow Rat Bastard.

The study revealed that violations of minimum wage, overtime and other labor laws cost 317,000 low-wage workers in the New York City $18.4 million per week, with workers losing almost 15 percent of their earnings to labor violations—$58 each per week, or $3,016 every year. More than 50 percent of workers who reported violations said they were underpaid the state minimum wage by $1 or more per hour, which was $7.15 per hour at the time of the survey. Among workers with an overtime violation, the average respondent worked 13 extra hours.

More NEW YORK LABOR LAW News
Some employers try to avoid paying minimum wage and overtime by paying their workers by the week or day as a flat rate arrangement instead of an hourly rate. Violation rates are also much higher among companies with fewer than 100 employees.

In February 2009 the Associated Press reported that the State Department of Labor reached a settlement with Amish Market for not paying overtime wages: Rosendo and about 550 other workers would share a $1.5 million settlement. "This employer was caught red-handed with his hand in the gourmet cooking jar," said M. Patricia Smith.

Retail employees are hopeful they will have a similar outcome.