Judges recently dismissed a wage and hour overtime case brought against a group of Catholic Hospitals on Long Island by a respiratory therapist and two nurses. 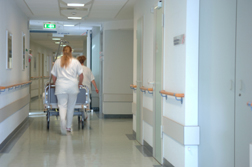 The lawyers in Lundy vs. the Catholic Health System case could “prattle” on all they wanted, the judges said, but to win the case, lawyers had to present “significantly more factual detail concerning who the named plaintiffs are, where they worked, in what capacity they worked, the types of schedules they typically or periodically worked, and any collective bargaining agreements they may have been subject to.”

“This decision knocks out a lot of cases against hospitals,” says attorney Robert Lipman, who has been handling these kinds of cases for over 30 years. “I think it is a sea change in the way courts look at wage and hours cases.”

Now Lipman says the courts are making it clear, “If that’s all you got, ya got nothing and these bare bones cases will be dismissed.”

Lipman, who has several cases pending, says from now on he will be very, very specific and document wage violations to “the tenth of an hour.” In addition, he will be sure to provide the courts with records that show, for example, when each worker clocked in or out - or scrubbed up at the hospital.

Lipman is something of a pioneer in the field of wage and hour law. When he began taking these cases in the early 1990s, he was one of three or four lawyers in the New York area practicing this kind of plaintiff labour law. Since then, the number of wage and hour cases in the courts has exploded, and there are now 300 or 400 lawyers working in the area on these cases.

“The economy is so tight,” says Lipman woefully. “There is pressure on managers to cut costs. In hospitals, you still need nurses, but if you can get them to work a little extra without paying them, you save money. It’s the same with restaurant workers or landscaping companies. But it’s wage theft. It’s cheating and it isn’t going to be tolerated.

More EMPLOYEE RIGHTS News
“And there’s another reason we see more and more wage and hour cases,” says Lipman. “Illegal workers no longer seem to be afraid to become lead plaintiffs in these cases,” he adds. “Some of their situations are quite extreme. They may be working 70 or 80 hours a week for $400.”

As for the judges’ ruling, Lipman says, “It may mean the pendulum is swinging a little, but if you have a good, strong case, being specific is not a problem.”

Robert Lipman is the managing partner at the Jericho, New York office of Lipman & Plesur. He is a graduate of the New York State School of Industrial and Labor Relations at Cornell University, and a graduate of the Buffalo Law School. He has written and lectured extensively on employment-related matters.

If you or a loved one have suffered losses in this case, please click the link below and your complaint will be sent to an employment law lawyer who may evaluate your Employee Rights claim at no cost or obligation.
Request Legal Help Now