As tough a time as homeowners have in the current economy, it is heartbreaking to know that homeowners have even more to worry about with regard to the potential for mortgage fraud, by way of an inflated mortgage fee or predatory lending practices designed to squeeze every last dime out of a homeowner who can least afford to be taken to the cleaners. In Iowa, however, they're cracking down. 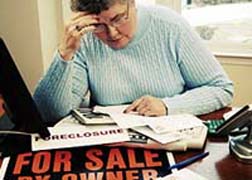 One of the groups involved in the crackdown is the Federal Bureau of Investigation (FBI). The special agent in charge of the portfolio for the FBI, Weysan Dun, noted that mortgage fraud is growing nationally, with 3,000 cases so far this year compared with about 500 in 2003.

Unrelated, a California-based company purported to assist homeowners who suspected predatory lending and other deviation from mortgage laws was itself sued by California Attorney General Jerry Brown, who alleged that the business was little more than a scam. The Sacramento Bee recently reported that US Loan Auditors, one of two targets of the lawsuit by the Office of the Attorney General, had filed for Chapter 11 bankruptcy and closed down its Web site.

According to the December 8 issue of The Bee, Governor Brown accused US Loan Auditors and My US Legal Services of using deceptive marketing practices to lure distressed homeowners in the midst of mortgage problems—everything from a loan foreclosure to loan fees. The companies allegedly assured homeowners that efforts on their behalf could succeed in helping them out of a bind.

"These defendants dangled the term 'forensic loan audit' as a sure-fire remedy for the mortgage problems of homeowners in distress," Brown said in a release in October. "In fact, it was no remedy at all, and hundreds of desperate California homeowners took the bait and lost their money—and sometimes their homes."

More MORTGAGE News
According to the lawsuit, desperate homeowners facing foreclosure were prompted to pay large fees for the creation of mortgage document audits designed, it was claimed, to reveal violations of lending law. Representatives of the two companies would convince prospective clients they were in a strong position to file predatory-lending lawsuits against the institutions that held their mortgages. According to Brown, the legal complaints likely had little chance of success.

In Iowa, examples of mortgage fraud included two homebuyers who pled guilty to purchasing dozens of homes at inflated prices, only to receive kickbacks from the vendors. A real estate broker and a mortgage broker were both charged.

Mortgage fraud, in the end, can take on many forms. Many a homeowner has been bitten with predatory mortgage lending, which often promises low fees going in—only to result in drastically higher interest rates buried in the fine print. To get out of such a mortgage, homeowners could be looking at inflated mortgage refinancing fees. It all combines to make an impossible situation, that much worse.

If you or a loved one have suffered losses in this case, please click the link below and your complaint will be sent to a financial lawyer who may evaluate your Mortgage claim at no cost or obligation.
Request Legal Help Now

Click to learn more about LawyersandSettlements.com
LawyersandSettlements.com - A trusted, independent legal news provider bringing quality news and information on legal cases and lawsuits filed in the United States of America to its readers since 2002. Over 650,000 legal help requests including Consumer Frauds, and Financial Cases have been forwarded to lawyers all across to the country.