While Monster Energy faces a variety of lawsuits concerning its actual energy drinks, it no longer has to deal with the copyright infringement lawsuit filed by the Beastie Boys. That’s because the lawsuit was settled for an undisclosed amount in January 2016. With that claim out of the way, Monster Energy can focus again on other energy drink lawsuits concerning warnings on the drink’s label. 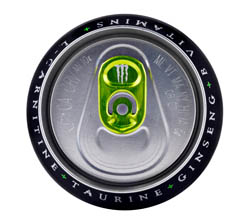 The Beastie Boys’ lawsuit was filed after Monster Energy released a four-minute video advertising a Canadian snowboarding competition that used five Beastie Boys’ songs. In its lawsuit, the Beastie Boys argued that the use of their songs might mislead viewers into thinking the group was endorsing the drink company. According to Reuters, the Beastie Boys won their lawsuit in court and were awarded $1.7 million and an additional $667,000 in legal fees, but Monster Energy appealed saying the award was unreasonably high.

Rather than wait for the appeal, however, the two sides came to an undisclosed agreement, ending the legal battle.

Meanwhile, a lawsuit alleging a consumer suffered heart damage as a result of ingesting Monster Energy drinks has been moved back to state court. In the lawsuit, Richard Marsh alleges he drank four Monster Energy drinks per day for a year and a half, which caused permanent heart damage. Marsh contends that had he been warned about the risks and the caffeine levels of the drink, he would not have ingested it. The lawsuit seeks punitive damages and damages to cover medical care linked to the condition.

In the past year, Monster Beverage has settled at least three lawsuits for undisclosed amounts. Those lawsuits all alleged consumers suffered serious health problems after ingesting Monster Energy drinks.