The parent company of Monster energy drinks has been accused of undertaking “procedural gamesmanship” in removing a Monster Energy Drink Injury lawsuit originally filed in state court, to federal court. On Monday, Chief US District Judge George H. King lobbed the lawsuit back to state court where, he says, it rightfully belongs. 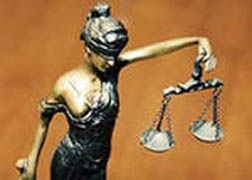 The Monster Energy Drink Deaths and Hospitalizations lawsuit was originally filed at Riverside County Superior Court by plaintiff Richard Marsh. He claims that his consumption of four Monster energy drinks per day over a period spanning 18 months left him with permanent heart damage.

Marsh claims in his lawsuit that his injury could have been prevented had Monster Beverage Corp. not concealed Monster caffeine levels from the labels of its products. Monster counters that given the classification of energy drinks as a dietary supplement by the US Food and Drug Administration (FDA), it doesn’t have to.

Monster is right on that count. Manufacturers of products classed as dietary supplements are only required to list ingredients - but not amounts - on product labels. Manufacturers may if they wish; however, it’s strictly voluntary. Various pundits and health advocates are attempting to have that changed.

Energy drinks have drawn the ire of critics and health care providers over the way they are marketed, in light of caffeine content in a product designed to deliver a fairly instant “buzz.” While manufacturers acknowledge that caffeine levels in energy drinks are higher than those found in soft drinks (which, in turn, are regulated differently), they defend the caffeine content as similar to that found in a good, stiff cup of coffee. True, say critics - but coffee is served hot and meant to be sipped, whereas energy drinks are often guzzled or “thrown back.” What’s more, various herbal and natural ingredients in the proprietary formulas of some energy drinks can mimic the effects of caffeine. When ingested in tandem with actual caffeine, the combination can have a profound effect.

More MONSTER ENERGY DRINK INJURY News
Undaunted, Monster Beverage Corp. - the manufacturer of Monster drink contents - removed the Marsh lawsuit to federal court in late October, just 12 days after it was filed in state court, before moving in December to have the lawsuit thrown out on grounds the plaintiff’s claim for breach of implied warranty was preempted by federal regulations under the federal Food, Drug and Cosmetic Act.

The judge in the case didn’t buy it, and remanded the case back to state court.

Monster Beverage Corp. continues to stand behind its product, noting in a statement that in its view there was no relationship between the alleged injuries suffered by the plaintiff and its product, and “whether in state or federal court, Monster is eager to again prove the safety of its beverages.”

The plaintiff is represented by the R. Rex Parris Law Firm. The case is Michael Richard Marsh v. Monster Beverage Corporation et al., Case number 5:15-cv-02205, in US District Court for the Central District of California.