It was early on the morning of July 1, 2012 when Alex Morris went into cardiac arrest and his girlfriend called for an ambulance. When paramedics arrived, they found the otherwise healthy 19-year-old in serious distress with his heart beating wildly out of control. He was experiencing an extreme atrial fibrillation event, and a short while later, Alex Morris, despite medical intervention, was pronounced dead at Kaiser Permanente Hospital in northern California. 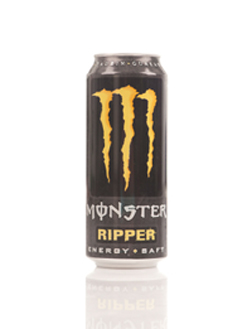 Morris had been a regular consumer of Monster Energy drinks since he was 16. He was known to consume two or three cans a day. In the 24 hours before his death, he had ingested at least two 16-ounce cans of Monster Energy purported by the manufacturer to provide users with “increased energy and stamina, weight loss, and enhanced physical and/or mental performance.”

On April 27, 2015, attorney Kevin Goldberg is heading to court, armed with stacks of scientific studies from dozens of medical organizations, scientific journals and FDA reports. The Alex Morris case is the first wrongful death case to go to trial against an energy drink company.


“We have literally dozens, if not hundreds of adverse effect reports filed with the FDA,” says Goldberg.
“The American Academy of Pediatrics has come out and said that children should not drink energy drinks. The Mayo Clinic has recognized the dangers of energy drinks, the American Heart Association has recognized the dangers and the peer-reviewed scientific literature is piling up really quickly.”

According to a December 2012 Consumer Report cited in the Morris wrongful death suit against Monster Energy, a 24-ounce can of Monster Energy contains 240 milligrams of caffeine combined with guarana, a plant extract that contains caffeine and taurine, a substance with properties similar to caffeine.

Goldberg also points to an American Academy of Pediatrics opinion that “the safe level of caffeine consumption by adolescents is no more than 100 milligrams per day from sources.” The two cans that Alex Morris consumed in the hours before he died contained 320 milligrams of caffeine.

Goldberg will argue on behalf of his client, Alex Morris’s mother, Paula, that Monster Energy knew or should have known, among other things, that its drinks presented and continue to present a substantial danger.”

The suit alleges that Monster Energy “failed to warn consumers of the true risks, scope and severity of potential side effects of the Monster drinks that Alex Morris consumed such as increased risk of stroke, blood clots, heart attack and cardiac arrhythmia.”

Goldberg, working in conjunction with two other firms, the R. Rex Parris Law Firm in Lancaster, California, and the Miles & Stockbridge firm in Baltimore, Maryland, has a number of cases against Monster piling up.

“They are either death cases or heart attack cases where people have survived the heart attack but it always seems to be a cardiac event triggered by the caffeine in the drinks and the synergistic effect of the other ingredients like taurine and guarana,” says Goldberg, who will speak as an expert on energy drink litigation to a Mass Torts Conference on this subject in a few weeks’ time. “There is sugar in there, but some of these compounds also interact with the caffeine on cellular levels and cause damage to people’s heart.”

Goldberg, from the firm of Goldberg, Finnegan & Mester, also represents the family of 14-year-old Anais Fournier in a wrongful death suit set to begin in August against Monster.

In a 24-hour period before the evening of December 17, 2012, the Maryland teenager consumed two 24-ounce cans of Monster Energy purchased at a local candy store. She went into cardiac arrest, spent six days in a coma and died. According to the suit filed against Monster, the cause of death was listed as “caffeine toxicity.”

Monster Energy was contacted by LawyersandSettlements but declined to comment on the issues.

More MONSTER ENERGY DRINK INJURY News
The company, based in Delaware, sells billions of cans of Monster Energy every year with about 36 percent share of the energy drink market. Sales of energy drinks in the US have skyrocketed and increased 240 percent between 2015 and 2009, and grown into a $10 billion industry. Much of its success comes from strategic marketing through social media and extreme sporting events that attract adolescent and young adult users.

Goldberg points to another piece of information he has in his arsenal of evidence. The Morris wrongful death suit notes that increases in sales coincide with an increase in the number of emergency room visits related to caffeine overdoses - up from 1,128 in 2005 to 16,055 in 2008. A majority of those cases involved young people between the ages of 12 and 25.

The case will be heard in the Superior Court of California for Alameda County before a jury.
READ ABOUT MONSTER ENERGY DRINK INJURY LAWSUITS

Posted by
Joe Botto
on November 6, 2015
Seriously, Nick Algero is right. The boy should have NEVER consumed so much energy drinks. I have been drinking them for years, and I only drink them 2-3 times a week at MOST. It is issues like this that drain our legal system and force companies to put common sense labels on products. I actually laugh when I read such labels in which it reminds me of the idiots that caused the labels to be in existence.
Posted by
Nick Algero
on March 30, 2015
Listen, the problem here is not the product. The problem is that the boy engorged himself with the product. Here is an Idea, if you know this product is full of sugar, caffeine and other potentially dangerous ingredients, don't drink two a day for three years. Monster is not liable for stupidity. As a college student, I buy about 4 cans of Monster per week. However, I have the good sense that if it is giving me headaches, high blood pressure and a high resting heart rate I should probably stop drinking it. Its like alcohol or even really unhealthy food. Anything when ingested at those levels is bad for you. Try using your brain and you will be fine.
Posted by
Paula critzas
on March 29, 2015
I have bought and cans and cans in cans of monster drinks and I get high blood pressure headaches feels like you're going to have a heart attack gives you energy but then your heart rate goes fast you get a bad headache plaster should be there I warning sign on the can for people with heart conditions are something like that