About a year ago Monster Energy was hit with a wrongful death lawsuit by the parents of 14-year-old Anais Fournier. Since that time, LawyersandSettlements has received a number of complaints regarding Monster Energy Drink Injury, mainly from parents of young men who have suffered high blood pressure, heart attack and even death. 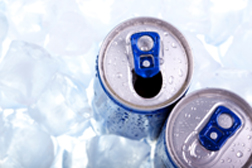 The Fournier’s lawsuit alleges that the Monster Energy company failed to warn of the dangers associated with drinking their product. Soon after the lawsuit was filed, DAWN, a public health surveillance system run by the federal Substance Abuse and Mental Health Services Administration (SAMHSA), in its report (January 10, 2013) titled “Update on Emergency Department Visits Involving Energy Drinks: A Continuing Public Health Concern,” said that “medical and behavioral consequences can result from excessive caffeine intake.”

Monster believes that DAWN hasn’t done its caffeine math. The beverage company argued that its Monster Energy drinks generally contain about 10 mg of caffeine per ounce from all sources, so a 16-ounce can of Monster Energy contains only half the caffeine of a 16-ounce cup of coffee.

But Monster doesn’t readily reveal other ingredients that are lurking in its products. Nor does it have to: their drinks have been classified by the FDA as dietary supplements rather than food. A 16-ounce can of “Monster Energy Blend” also contains a host of other substances including 5,000 milligrams of guarana. When asked about this amount by Lawyers.com, a Monster spokesperson said the FDA had not at that time identified any problems with the safety of their products’ ingredient combinations.

Referring to the DAWN report, a SAMHSA spokesperson said that these energy drinks have high amounts of caffeine as well as “other additives” including “vitamins, taurine, herbal supplements, creatine, sugars and guarana, a plant product containing concentrated caffeine. “Of course,” added the spokesperson, “coffee has caffeine.”

Janet still doesn’t know just how much gaurana is too much, but she believes that the energy drinks contributed, if not caused, her son’s death. “My son passed away August 10, 2012, in his sleep. He was 33 years old and very healthy, and there is no history of heart disease in our family,” says Janet. “I know he was drinking a lot of Monster drinks to keep working extended hours. I blame Monster because there is no other explanation.”

More MONSTER ENERGY DRINK INJURY News
“My wife’s son died of a heart attack,” says Dave. “He regularly consumed the Monster Energy Blend, at least two or three a day. He was only 25 years old. He also had other risk factors, but I suspect that these energy drinks were the straw that broke the camel’s back. The detective that investigated the death found two six packs of Monster Energy Drink in the vehicle he was driving when he died.”

Lastly, Susan says her 19-year-old son consumed a few Monster Energy and Red Bull drinks on a daily basis. “He had open heart surgery due to a corroded mitral heart valve,” she says. “When I was at the hospital with him, I talked to a few nurses about my suspicions - about Monster Energy Drink Deaths and Hospitalizations. They have seen an increase in emergency room visits, mainly by young men consuming too many energy drinks.”

Attorneys filing lawsuits on behalf of parents whose children have suffered Monster Energy Drink Injury say that adults too need to be aware of the adverse events associated with consuming these products.

Posted by
Jan Buskirk
on December 26, 2013
On December 10, 2013 my son who is 21 had been drinking energy drinks through out the day, total of 5. He drove home from Chicago to Belding, MI a total of 6 hrs. He was suppose to return to Monroe, MI but something told him to come home. Arrived home at 7:10 pm that night and within 15 mins. we were on the phone with 911. He had gone into a cardiac arrest from the energy drinks. He was sitting on the toilet and the doctor said when he was straining to go to the bathroom, it was like a rush to his heart and brain, he passed out, fell chest first into the tub. When I was yelling at him through the door and he wasn't responding, I entered the bathroom to find he had fallen into the tub and was blue in the face. If it hadn't been for my husband doing CPR on him, he would have been dead. The doctor at the hospital said that this is a common thing they see all the time but some people aren't so lucky.