With 48,600 plaintiffs to-date suing Bayer and Monsanto, analysts predict a Roundup settlement of at least $10 billion, and Bayer’s shareholders have also filed a lawsuit against the company.

Bayer, one of the largest and most high-profile public companies in the world, started negotiations last year with plaintiffs’ lawyers to settle tens of thousands of lawsuits involving Roundup. Now it’s been slammed with a shareholder derivative lawsuit. 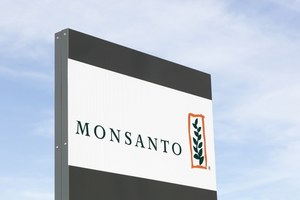 The number of plaintiffs is growing to such an extent that Bayer says it “may be forced to sell assets, issue new equity or borrow money at unfavorable terms,” reported the St. Louis Business Journal (Mar 9, 2020). In October 2019, the number of plaintiffs more than doubled to 42,700 within just three months, and analysts have predicted it may cost they company up to $12 billion to settle the ever-growing number of claims, which now stands at 48,600.


The Monsanto acquisition has been a mystery to many, and no doubt to its own shareholders – who now call the acquisition ‘disastrous”. Now a  shareholder derivative lawsuit—a legal action filed by an individual shareholder, in the name of the company, to redress wrongs or harms to the company that the Board of Directors or Officers will not address themselves—has been filed against Bayer.

The lawsuit, filed in the New York County Supreme Court by plaintiff Rebecca R. Haussmann, a California shareholder, seeks compensatory damages for shareholders and disgorgement of "all compensation paid to the Bayer managers and supervisors who participated in bringing about this acquisition." The lawsuit also seeks return of funds paid to banks and law firms involved in the acquisition.

The lawsuit names defendants Werner Baumman, Bayer CEO who orchestrated the $63 billion purchase of Monsanto, Bayer Chairman Werner Wenning, and a number of others, including Bayer AG.  According to US Right to Know, Haussmann claims that Wenning's decision came after Bayer improperly obtained a copy of the then-draft shareholder lawsuit "through corporate espionage."

At last year’s annual shareholders’ meeting, 55 percent of shareholders sided with Baumann and other managers over the Monsanto deal and the subsequent loss of roughly $40 billion in market value.

Both on March 13, the Wall Street Journal (March 13) reported that a formal deal hasn’t been signed and could yet fall apart. And Reuters quoted a Bayer spokesperson: “Mediation discussions continue in good faith under a court order requiring confidentiality and the company cannot comment on speculation about outcomes, timing or progress.”


The lawsuit also blames the media for damaging Bayer’s reputation.

“Bayer’s disastrous Acquisition of Monsanto has been the subject of extensive coverage in the financial press. The Wall Street Journal, Reuters, Deutsche Wells, Barrons and Bloomberg have reported and investigated the Acquisition — obtaining documents and information from insiders. Because this reporting by reputable publications is reliable, Plaintiff relies on it. Also, because it was the press coverage of this Acquisition by Bayer’s Managers and Supervisors that has damaged Bayer’s reputation, these articles are quoted at length. No Defendant has ever sued any of these publications, or the others quoted here, for libel.”

More ROUNDUP CANCER News
Secrets Pervade Bayer, including recent news that Monsanto was caught secretly funding studies (but that is another story). According to the shareholder’s lawsuit, “Shortly after February 7, 2020, Bayer’s Supervisors, Managers and lawyers, by secret, improper and unethical corporate espionage, with the knowing assistance of Defendant Christian Strenger, learned of Plaintiff Haussmann’s legal strategy and obtained a copy of the 130-plus-page, nearly-final draft of her complaint.

Bayer proceeded with the Monsanto purchase in 2018, after The World Health Organization’s International Agency for Research on Cancer (IARC) stated in 2015 that glyphosate - which is used in Roundup - probably causes cancer. It classified glyphosate as a probable human carcinogen with a positive association to non-Hodgkin lymphoma. The purchase proceeded despite knowledge of the spreading legal claims regarding Roundup and its link to cancer.