Bayer “Not Playing Nice in the Sandbox” of Monsanto Litigation

There’s a dispute during the recent Roundup hearing: Monsanto has asked a California judge to depose cancer patients’ treating physicians first, but  plaintiffs’ attorney argues that will put his clients at an “extreme disadvantage”. 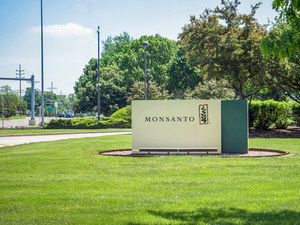 Plaintiffs’ attorney Brent Wisner of Baum Hedlund Aristei & Goldman PC, said that a plaintiff is disadvantaged when they bear the burden of proof.

Monsanto wants to change the sequence of physician depositions in over 500 lawsuits pending before Judge Winifred Smith alleging that Bayer’s Roundup causes cancer – wanting the first chance to question the physicians at trial. Monsanto’s attorney said the defendants are at a disadvantage because they don’t have all the information on plaintiffs’ health, including their medical conditions and doctors’ names. Meanwhile, the plaintiffs’ attorneys know who the doctors are and they have access to the cancer patients’ medical records.

Judge Smith at first granted Monsanto’s request, but Wisner argued that there is “almost zero evidence” the plaintiffs’ counsel had interacted with treating physicians or that the cancer victims were tainting the testimony of their physicians, according to court documents. Wisner noted that the order of depositions had already been changed in one bellwether case “for the purpose of playing nice in the sandbox,” but it’s not fair to apply the ruling to all cases without a “level of good cause.”

Will Judge Smith level the sandbox? She has the final say to change the deposition sequence, and may do so after taking into consideration “overall  fairness” and giving more thought to Wisner’s arguments.

This will be the fourth case that Judge Smith has presided over, including the trial that resulted in plaintiffs Alva and Alberta Pilliod awarded a whopping $2.06 billion, which was later reduced to $86.7 million. The cases are Roundup Product Cases, case number JCCP004953, in the Superior Court of the State of California, County of Alameda.


Bayer issued a statement in January 2019 regarding an order by Judge Smith denying plaintiffs’ motion for consolidation.

More ROUNDUP CANCER News
“We appreciate the court’s willingness to examine closely the possibility that the potential for bias is high in a multi-plaintiff trial. We continue to believe that separate trials for each plaintiff is more appropriate given their distinct medical histories, diagnoses, and exposures. No matter how these cases ultimately proceed, we believe that the extensive scientific evidence will show that our glyphosate-based herbicides are not carcinogenic and were not the cause of the plaintiffs’ cancer…There is an extensive body of research on glyphosate and glyphosate-based herbicides, including more than 800 rigorous studies submitted to EPA, European and other regulators in connection with the registration process, that confirms that these products are safe when used as directed."

Despite thousands of lawsuits and scientific research that say otherwise, Bayer still says Monsanto and other glyphosate-based herbicides are safe and do not cause cancer.  As for European regulators, Germany says it will ban glyphosate from the end of 2023, after a phased effort to reduce its application by farmers. Luxembourg was one of nine EU countries to vote against relicensing glyphosate in late 2017.
Ironically, Bayer is a German company.

Posted by
Chloe purcell
on November 16, 2019
Please use other products. I am a mother sister daughter granddaughter get this horrible product off OUR food and shelves. It’s not safe and DOES cause cancer please ban this product for YOUR own health. Think about YOUR family health is wealth if you loose that you have nothing so please stop chasing something that means nothing $$$ judge Smith please listen to yourself please do not make things more difficult let the truth be told for the truth will always win.