Why Mirena IUD implants are on the Rise

The number of women who have suffered Mirena IUD complications is unknown. Some women can associate problems such as cramping and infection to the birth control device because Bayer has listed such side effects on its label. But others may have developed more serious, unexplained problems. 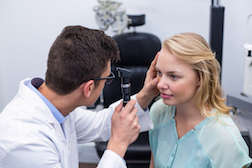 One alleged Mirena side effect is idiopathic intracranial hypertension ("IIH"), a serious brain disorder marked by increased pressure in the brain and central nervous system. The symptoms of IIH resemble those of a brain tumor, and it is sometimes known by the older name pseudotumor cerebri, which means “false brain tumor.” Say you had a Mirena implanted two years ago and recently began to experience headaches and blurred vision. Would you, or your doctor, associate those symptoms with Mirena? Not likely if you live in the U.S.

Plaintiffs in Mirena IIH litigation who have suffered optic nerve damage claim that this failure to warn prevented users and doctors from promptly recognizing the symptoms of pseudotumor cerebri or papilledema from Mirena. In several countries, including South Africa and Hong Kong, warning information provided by Bayer indicates that papilledema is a possible side effect of Mirena. But that same information was not provided to women in America or the U.S. medical community.

The Mirena website does warn people who have had pelvic infections, can get infections easily, have liver disease, breast cancer or are allergic to any of the products in the IUD not to use Mirena.

Of course that’s all very well, assuming you know that you do not have liver disease: the American Liver Foundation says that over 30 million people have liver disease; three-quarters of people infected with hepatitis C don't know they have it, and it is spreading rapidly amongst young people.

As for allergies, who gets tested for levonorgestrel, silicone, silica, silver, barium, iron oxide, or polyethylene, before having the Mirena implanted? And would your health insurance cover such allergy testing?

More MIRENA IUD News
Speaking of health insurance, Mirena and other I.U.D.’s are on the rise. The “Obama Repeal and Replace” plan would “relax” insurers' requirements to cover contraceptives, and therefore put prices out of reach for many women at lower salary levels, who live in poverty, or who are eligible for Medicaid. The I.U.D. isn’t as costly as the birth control pill; it is seen as the most viable, affordable, long-term, yet-reversible form of birth control, at least for now. "While we truly hope that birth control methods will remain available, accessible, and affordable to all women under the Trump administration, we understand people's real concerns about losing access to birth control, which is basic health care for women," said Planned Parenthood's Chief Medical Officer Raegan McDonald-Mosley and reported by the Washington Postlast November, 2016.

A Planned Parenthood spokeswoman told Medtech Insight that the organization has seen a rise in use of IUDs at its clinics since the election of Donald Trump. Meanwhile, health care professionals may see a rise in patients complaining of Mirena complications, and headaches and vision problems. And Mirena attorneys will likely be filing more Mirena complaints…

Posted by
Danielle Smith
on August 14, 2017
I can say this about the Mirena iud. It DIDNT work! I not only got pregnant with it. I ALSO had a baby,who has developmental delays. I didn't even know I was pregnant. I can also say I did bleed like I was having a menses every month until my stomach was getting big. Along with the severe nauseousness dizzyness and bad headaches. When I had my baby the mirena came out with the baby in my c section. During and afterward I bled so much I had lost so much blood from blood loss I need to do blood transfusions while recovering in the hospital. Everyone says put a law suit in but I don't know how to and all I know is im struggling.