The Mirena IUD for birth control has been in the news recently, albeit under bizarre circumstances. One mom in Alabama posted on Facebook a photo of her newborn holding the IUD that was meant to prevent his appearance. A woman in the UK was implanted with Mirena when she was unknowingly pregnant—sadly the baby was stillborn. 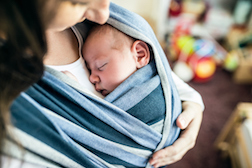 Ironically, another statement made the news in May. The Washington Post reported that in a survey of college students, IUDs were used by only 9 percent of women and one reason is “lingering myths about their safety in young women.” Krishna Upadhya, a Johns Hopkins pediatrician specializing in adolescent health, said "It's a myth that you can't have an IUD if you haven't had a child.”

What isn’t a myth: you can still get pregnant with a Mirena IUD, usually because the directions weren’t properly followed. Mirena is a hormonal IUD and only prevents pregnancy right away if implanted during the first seven days of a woman’s period. So, doctors advise using a backup method of birth control to prevent an unplanned pregnancy.

And a number of women have had the Mirena implanted not knowing they were pregnant. It’s not uncommon to discover you are pregnant in, say, your eighth week. Particularly if your periods aren’t regular.

Back to the new mom. Lucy Hellein’s Facebook post of baby Dexter went viral (the post has since been removed) and in her post, she is joking about her IUD “failure”. Hellein had the Mirena in August and in December assumed she “was only a few weeks along.” But an ultrasound showed that she was 18 weeks pregnant. She had a C-section and the Mirena was found hidden behind the placenta. Dexter is well, which is quite amazing, and weighed in at just over 9 lbs. Amazing because so many women have suffered a miscarriage with the IUD.

More MIRENA IUD News
Some women have lost a baby they never even knew they were having. According to the Daily Mail, a Kent woman was implanted with a Mirena IUD when she was seven weeks pregnant. “Three months later, she began to miscarry her unborn baby in a ladies’ toilet - only to return home two days later and discover she was 19 weeks pregnant…she gave birth to a stillborn in a hospital corridor and had to undergo emergency surgery to remove the placenta.” The woman is suing her doctor for misconduct, alleging he failed to carry out thorough examinations before fitting her with the contraceptive.


Experts say you shouldn’t panic and assume you’re going to have an unintended pregnancy if you have an IUD, because it’s such a rare occurrence. Not so rare are Mirena adverse side effects—now being played out in New York with a federal judge overseeing the multidistrict litigation for claims alleging intracranial hypertension (also known as Pseudotumor Cerebri) caused by Bayer’s Mirena IUD. More about that coming up…