Medtronic Shareholders Meeting: A Year of Lawsuits and Controversy

The board of directors of Medtronic, Inc. will hold its annual meeting of shareholders on August 23 at Medtronic World Headquarters. Given the rough year that the company has had, there should be some interesting debate among the shareholders.

It has been two years since Medtronic recalled more than 87,000 of its implantable cardioverter defibrillators (ICDs). Since then, more than 34,000 patients have had surgery to remove the devices. 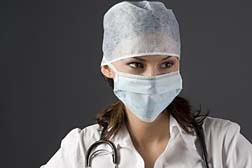 U.S. government and private health insurance plans have spent $625 million to surgically replace the ICDs, and as a result, health care plans are suing Medtronic. In addition thousands of patients have filed lawsuits related to the 2005 recall. In fact, the number of litigants more than doubled in January and February of 2007.

Patients are especially outraged because company documents show that Medtronic continued selling some of its Marquis model defibrillators for two years after learning that some may quit without warning. They were further shocked when the Redmond-based Physio-Control Inc., a unit of Medtronic, suspended shipments of external defibrillators and other emergency-response gear because of quality-control problems at a factory.

Not surprisingly, sales of ICDs, Medtronic's largest product line, have fallen two percent, in light of concern about device reliability.

New Acquisition Amidst Layoffs
Medtronic has announced that it will acquire Kyphon Inc. for $3.9 billion, to expand Medtronic's spinal treatment business. The deal is anticipated to close in the first calendar quarter of 2008.

Yet, citing a prolonged slump in the sale of its heart defibrillators, the company recently cut 350 to 500 jobs at its division that makes ICDs - the cardiac rhythm disease management division.

"The company is expanding at the top through the buyout, but yet it's cutting jobs, which has an impact on company morale," notes one labor relations expert. "It's hard to say what their long-range plan is, but my guess is that employees are nervous about more layoffs, and about pay cuts."

The Impact of Lawsuits
The massive number of lawsuits will prove formidable to the Minnesota-based company.

Medtronic is the world's biggest maker of electronic heart devices. It is estimated that the company's recalls and those of its competitors have significantly depressed sales in the $6 billion-a-year industry since 2005.

The company has said it cannot estimate potential losses from the lawsuits and hasn't set aside money for payouts.

In a move that some critics are calling desperate, Medtronic has launched a national $100 million campaign of television and print ads directed at consumers and physicians.

In the campaign, dubbed 'What's inside,' a voiceover promises viewers that inside the device are '10,000 more kisses ... 200 more football wins,' and that the ICD will 'always be there for you -- close to your heart.'"

"This is trying to frighten people and you are going to have people who are scared and uninformed saying, 'Let's not take a chance,'" Wolfe said. He added that the use of ICDs is not without risk.

Dr. Wolfe's point is well-taken. But is anyone on the Medtronic Board of Directors listening?