Is Health Care Funding So Bad, Hospitals Are Suing Doctors?

A curious trend seems to be emerging in New Mexico: Hospitals are launching lawsuits against former employees in an effort to recover the costs of medical liability settlements, according to a resolution passed earlier this month at the Annual Meeting of the American Medical Association. 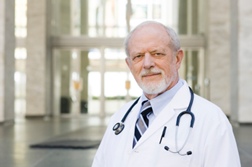 Medical liability lawsuits involving doctors employed either under contract or as a bona fide employee at a hospital will often be settled by the hospital. However, once the doctor involved to pursue other employment or other opportunities, some hospitals have launched lawsuits against the doctor to recover damages.

According to discussions held at the AGM of the AMA, such lawsuits are becoming increasingly common, at least in New Mexico. The resolution, passed on June 15, will authorize the AMA Board of Trustees to examine the issue.

According to the current edition of American Medical News and posted 6/28/10 on amednews.com, the issue was raised by delegates from New Mexico and the resolution was introduced by the New Mexico Medical Society. A physician from Albuquerque, New Mexico noted that a colleague of his oncologist wife was the subject of a lawsuit brought by the hospital to recover damages once the doctor had left the employ of the hospital. The hospital was not named.

"We thought this was very much worthy of study by the board," said Albuquerque nephrologist Steven Kanig, MD, a delegate for the New Mexico Medical Society.

It is not known if the issue is isolated to New Mexico or if is emerging elsewhere in the US. For its part, the head of the New Mexico Hospital Association told the American Medical News in its 7/5/10 print edition that he was not familiar with either the case cited or the alleged trend. Jeff Dye indicated he would approach the hospitals in his organization and query them on the issue.

He doubts the cases are common. "It just seems really counterproductive that [hospitals] would go after their own doctors in that manner," he said.