A patient safety study estimates that more than 400,000 American deaths are associated with preventable harm done to patients in hospital settings. 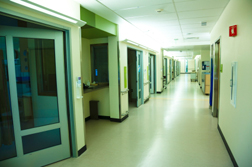 According to the Journal of Patient Safety study, Evidence-based Estimate of patient Harms Associated with Hospital Care, preventable adverse events (PAE’s) contributing to deaths from care in hospitals cause one-sixth of all deaths that occur in the United States each year.

Many Americans, like 55-year-old Louis Salica, who went to a heart hospital when he felt chest pains and was short of breath, go to the hospital to get effective treatment. Unfortunately, medical errors that are preventable can lead to further complications and even death of hospital patients.

While he was under the care of the overnight nurse, medication and oxygen provided to ease Salica’s breathing was ineffective. Had it been appropriately reported, it would have resulted in admission to the “intensive-care unit, intubating him, performing an echocardiogram, inserting an intra-aortic balloon, increasing his medications, and consulting with a cardiothoracic surgeon,” according to the testimony of an expert witness cardiologist.

However due to the failure by Salica’s overnight nurse to make a report, the “hours of progression of the underlying heart failure” decreased his chance of survival from “over 90% percent to approximately 20%.” Salica ultimately died in an emergency surgery to repair a heart muscle rupture that occurred over night, caused by the failure to report, according to the court opinion in Salica v. Tucson Heart Hosp.-Carondelet, L.L.C., 224 Ariz. 414, 231 P.3d 946 (Ct. App. 2010)

The study’s author, John T. James, PhD, is the founder of Patient Safety America, which provides newsletters on patient safety and advances in medical technology and care that may affect patient safety. The site is dedicated to his 19-year-old son who died by the medical errors of his treating cardiologist in 2002.

The Evidence-based study is based on a compilation of four other studies utilizing the Global Trigger Tool (GTT) in order to assess patient adverse events leading to healthcare harm. The GTT is a standardized method of identifying and measuring adverse event triggers or “clues” documented in former patient records, leading to possible adverse events, according to the Institute for Healthcare Improvement (IHI), who developed the GTT.

Based on the GTT based study results, the lower limit of adverse events leading to death from hospital care is 210,000. The study multiplies this number by a conservative factor of two, increasing the death toll to 440,000 patients each year, in order to account for other causes of PAE’s during hospitalization such as the following:

• Error of omission - Obvious action was necessary to heal the patient, yet it was not performed at all. Errors of omission are difficult to detect, and at times can be the result of a patient not following given guidelines after discharge. Another example may be a necessary medication that was not prescribed.

• Error of communication - Miscommunication from physician to physician, or between patient and physician. For example, a cardiologist not informing a patient who experienced syncope, or fainting, while running, not to run or explaining the risks associated with running.

• Error of context - A physician may fail to take into account patient constraints that may impact the success of treatment after discharge.

These five types of errors are not detected by the GTT and some studies suggest a factor of 3 to account for adverse events not reflected in medical records, according to the study. The serious errors occurred both while in the care of the hospital and after discharge.

Serious predischarge PAEs, according to the study include:

Interestingly, the study referenced another source that found that patients reported 3 times as many preventable adverse events than were indicated in their medical records. The study also found that more errors were identified by direct observation rather than by the inspection of medical records. The study also noted a national survey that found that physicians often refuse to report serious adverse events, with cardiologist being the highest of the non-reporting groups.

More MEDICAL MALPRACTICE News
The Office of Inspector General reported that 86 percent of patient harm events were not reported by hospital staff as they either did not perceive the event as reportable, or did not report an event that was commonly reported, in its 2012 report Hospital Incident Reporting Systems Do Not Capture Most Patient Harm.

“It is time that a clueless public wake up to the widespread harm of medical errors and force changes in the system that can give reasonable assurance of safe care,” said James in a guest blog on Safe Patient Project.org. It seems his message is being heard. The U.S. Department of Health Services released a report showing that an estimated 50,000 fewer patients died and 1.3 million fewer patients were harmed in hospitals from 2010 to 2013 as a result of safer health care efforts.