A long-term disability lawsuit filed against Eli Lilly and Co. has resulted in a $500,000 award to the plaintiff, who alleged she should not have been dropped from the company’s extended disability plan. At issue was a diagnosis of chronic fibromyalgia, a condition that has resulted in numerous lawsuits against insurance companies who have been reluctant to cover the condition in their benefits. 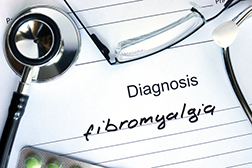 According to the Indianapolis Business Journal (5/9/16), Cathleen Kennedy in 2008 quit her job due to severe chronic fibromyalgia and depression. Until about 2012, she received disability through Eli Lilly’s extended disability plan. In 2012, a new plan administrator referred Kennedy to a rheumatologist, who found that Kennedy should be able to work.

Kennedy argued that the doctor’s appointment was only five minutes, and noted that she suffered from severe fatigue and difficulty functioning. Lilly then sent Kennedy’s file to a different rheumatologist, who also found that Kennedy should return to work.

Following that, Kennedy filed a lawsuit alleging violations of the Employee Retirement Income Security Act (ERISA). She sought reinstatement to the plan and recovery of lost benefits. The judge agreed with Kennedy and awarded her more than $500,000 in past benefits.

Fibromyalgia is a condition in which the patient experiences musculoskeletal pain, fatigue, sleep disorders and memory problems. According to the Mayo Clinic, it can begin after physical trauma, surgery or psychological stress. There is no cure for fibromyalgia, but there are medications and lifestyle changes that can control the symptoms.

Patients with fibromyalgia might have difficulty concentrating, suffer from headaches or have issues with different aspects of their regular job.

In July 2012, the Social Security Administration (SSA) ruled that fibromyalgia is recognized as a disability, although there are criteria that patients must meet before they are eligible. Despite this, there are insurers who do not recognize fibromyalgia as a legitimately disabling condition. Lawsuits have been filed against insurers who policyholders allege have violated their contract by denying fibromyalgia claims on the basis of faulty or cursory reviews.

More LTD INSURANCE FRAUD News
One such lawsuit was filed by Kelly Lavino, whose benefits were ended after two years when her insurance company, MetLife, changed the definition of disability from being based on a person’s own occupation to any occupation. Lavino claimed her insurance company misclassified her job as light duty, even though it had previously classed the job as medium duty, and failed to provide its own review with important information related to her claim.

The judge ordered MetLife to reinstate Lavino’s benefits, finding that MetLife has a conflict of interest in that it decides who gets benefits and pays for those benefits. The lawsuit is Lavino v. Metropolitan Life Ins. Co. 779.