Studies on Lexapro Side Effects Inconsistent

Discussion surrounding the use of antidepressants during pregnancy tends to focus on Paxil and Prozac, but other drugs in the same class of antidepressant may well have similar side effects. Lexapro side effects, which could include a risk of Lexapro heart birth defects, could be a concern for some mothers. Despite concerns about the risk of birth defects, studies and experts often conflict about how great the risks to newborns are. 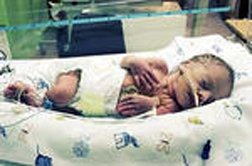 One study was reported in The New York Times (1/13/12) after being published in the British Medical Journal (1/12/12). It found that women who took a selective serotonin reuptake inhibitor (SSRI) during pregnancy were up to two times as likely to give birth to a baby with persistent pulmonary hypertension (PPH) than women who did not take an SSRI during pregnancy. Researchers analyzed birth records from Finland, Iceland, Denmark, Norway and Sweden and found that three in 1,000 births of babies exposed to an SSRI prior to birth resulted in a diagnosis of persistent pulmonary hypertension. In the general population, approximately one birth in 1,000 results in such a diagnosis.

According to researchers, the risk of having a child diagnosed with persistent pulmonary hypertension was even higher when the SSRIs were used later in the pregnancy.

More LEXAPRO News
Although the US Food and Drug Administration (FDA) issued a warning in 2006 that some antidepressants were linked to an increased risk of persistent pulmonary hypertension, the agency revised that statement in 2011, saying that any conclusions about a link between SSRIs and pulmonary hypertension was premature.

That statement was issued before the British Medical Journal study was published.

Meanwhile, the American Academy of Pediatrics issued a policy revision on January 30, 2012, noting that infants who were exposed to SSRIs during the third trimester displayed signs such as "continuous crying, irritability, jitteriness, and/or restlessness; shivering; fever; tremors; hypertonia or rigidity; tachypnea or respiratory distress; feeding difficulty; sleep disturbance; hypoglycemia; and seizures."

According to the academy, the onset of symptoms occurred anywhere from several hours to several days after birth and usually resolved within one to two weeks. In one infant, who was reportedly exposed to Paxil, signs continued through four weeks.

If you or a loved one have suffered losses in this case, please click the link below and your complaint will be sent to a drugs & medical lawyer who may evaluate your Lexapro claim at no cost or obligation.
Request Legal Help Now