Lexapro Manufacturer Agrees to Settlement Worth Up to $10.4 Million

Plaintiffs litigating against the manufacturers of Lexapro may have lost one round of a fight accusing defendant Forest Laboratories Inc. (Forest) of misrepresentation. But another Lexapro lawsuit has been filed with regard to Lexapro and a companion drug, Celexa, amidst allegations that the manufacturer heavily promoted the drugs to be more effective than they actually are, or so it is alleged. 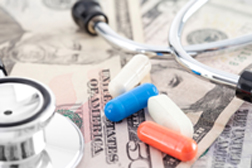 Lexapro (escitalopram) is an antidepressant in the class of drugs known as Selective Serotonin Reuptake Inhibitors (SSRI). It’s a class that has been linked to newborn birth defects, when SSRI antidepressants such as Lexapro have been used by expectant mothers immediately prior to becoming pregnant, during conception or while actively with child. Reported defects have included persistent pulmonary hypertension, together with other Lexapro birth defects - the potential for which plaintiffs claim they were not aware.

However, Randy Marcus et al v. Forest Laboratories Inc. et al, Case No. 1:13-cv-11343, in the US District Court for the District of Massachusetts, revolved not around birth defects in newborns, but rather the use of Lexapro as an antidepressant for adolescents. Earlier this month, a federal judge in Massachusetts dismissed a punitive class-action lawsuit against Lexapro manufacturer Forest on grounds that the action was barred by the safe harbor provision observed by the state of California.

The lawsuit, filed in February 2013, was brought by California-based purchasers of the drug but tagged to a larger punitive class of plaintiffs from Missouri, consolidated in multidistrict litigation, making similar allegations (In re: Celexa and Lexapro Marketing and Sales Practices Litigation, Case No. 1:09-md-02067, US District Court for the District of Massachusetts). That action has since been settled, pending approval. Forest, in moving for dismissal, cited “substantial evidence” of efficacy as determined by the US Food and Drug Administration (FDA) for treatment of adolescent depression. Lexapro was the drug at issue in the aforementioned lawsuit.

While the California lawsuit died on the vine, a similar lawsuit was filed in Massachusetts federal court March 13. The plaintiffs are two funds that purchased the drugs, but claim that defendant Forest deceptively and unlawfully marketed Lexapro and Celexa to adolescents as safe and effective through the use of misleading drug labels.

Was Lexapro any more effective than a placebo?

It was also revealed, at the point where a 2009 lawsuit was unsealed, that allegations from that suit involved claims that Forest promoted and paid doctors to prescribe Lexapro and Celexa for pediatric use without the necessary approval by the FDA. The 2009 lawsuit was brought by the US Department of Justice.

With this most recent action, the allegations with regard to Lexapro are tied to similar allegations involving Forest’s Celexa. Plaintiffs allege that initial clinical trials dating back to 2001 failed to show that Celexa was more effective than a placebo in treating major depressive disorder in pediatric patients. There were similar findings for Lexapro when the latter entered the market the following year, in 2002 - or so it is alleged.

Plaintiffs in the case, New Mexico UFCW Union/Employers’ Health & Welfare Trust Fund, and Allied Services Division Welfare Fund, hold that Forest had an obligation to include the less-than-favorable trial conclusions on the product labeling, but failed to do so, misleading consumers as a result.

“The clinical trials that examined whether the antidepressants Celexa and Lexapro are effective at treating adolescent major depressive disorder indicate that Celexa and Lexapro are no more effective clinically than a sugar pill,” the complaint says. “The clinical trials demonstrate that any perceived benefit adolescents receive from taking Celexa or Lexapro in treating their depression is primarily explained by the placebo effect - the perceived efficacy of a drug based upon one’s belief that the drug works.”

“Instead of disclosing the results of the negative studies on the label, Forest decided to manipulate the situation so as to convey Celexa and Lexapro as effective treatments for pediatric [major depressive disorder],” the complaint says. “Forest suppressed the dissemination of one of the negative trials and doctored the data of the other to make the study appear ‘positive.’”

The plaintiffs are suing Forest Laboratories Inc. and Forest Pharmaceuticals Inc. on behalf of those who either paid or were responsible for reimbursements over drugs about which efficacy is suspect, or so it is alleged.

In the meantime, various lawsuits continue to percolate over newborn birth defects allegedly associated with Lexapro. Those defects are alleged to include, but are not limited to, persistent pulmonary hypertension, or Lexapro pphn.

On March 13, Forest Laboratories Inc. agreed to a settlement in an effort to stem allegations of misleading consumers and, specifically, various parents from Missouri who may have purchased Lexapro and Celexa for their children while unaware the drugs carried FDA approval for use only with adults. The settlement is worth between $7.7 and $10.4 million, if approved.

If you or a loved one have suffered losses in this case, please click the link below and your complaint will be sent to a drugs & medical lawyer who may evaluate your Lexapro claim at no cost or obligation.
Request Legal Help Now