Lexapro Birth Defects Litigation Set for Trial in May

While not particularly active in the headlines of late, Lexapro birth defects is an issue that has nonetheless kept percolating in the shadows, and is poised to make a return to the public conscience with the start of the consolidated Lexapro/Celexa Products Liability Litigation trial in May of next year. 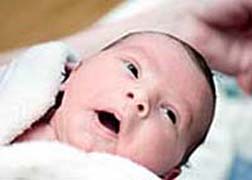 Lexapro (escitalopram) is a member of the SRRI class of antidepressants (Selective Serotonin Reuptake Inhibitors) and is prescribed for depression. The latter, together with other forms of mental illness, continues to be a force in the US, with 25 percent of Americans suffering from diagnosable mental illness, according to the New York Times (8/19/13).

To that end, mental illness such as depression is increasingly treated with medication such as Lexapro, with one in five Americans currently prescribed at least one psychotic medication, according to Dr. Richard A. Friedman, a professor of clinical psychology at Weill Cornell Medical College, writing in the New York Times.

The problem is the adverse reactions. Virtually every pharmaceutical carries a basket of potential side effects, and Lexapro is no different. The greatest concern for women of childbearing age remains the potential for Lexapro side effects that can negatively impact a newborn.

Newborn birth defects as they relate to adverse reactions from Lexapro and other SSRI antidepressants lay at the foundation of many a Lexapro lawsuit, including the consolidated lawsuits that are due for trial in May 2014.

Alleged birth defects have included cardiac birth defects such as hypoplastic left heart syndrome, spina bifida, anencephaly, craniosynostosis, omphalocele and club foot, as well as persistent pulmonary hypertension of the newborn (PPHN). While various studies have suggested the relative risk of birth defects is small, the potential for serious issues to the newborn fuels an ongoing debate over the benefits of SSRI antidepressants v. not taking them and risking the potential for depression to run rampant, together with advanced post-partum depression and the effects that can have on the baby.

Still, plaintiffs allege had they known about the potential for newborn birth defects involving their antidepressant, they might have taken a different route that may have shielded their newborn from harm.

A poignant example of the potential for Lexapro birth defects and similar adverse reactions from antidepressants in the SSRI class appears out of the UK. Back in the summer the BBC aired a documentary in its Panorama series that showcased the stories of eight mothers who gave birth to newborns with serious heart defects. All eight participants had taken commonly prescribed SSRI antidepressants while pregnant.

One participant, Anna Wilson, related to documentary producers how she was told on the occasion of her 20-week scan that her newborn had suffered a serious heart problem in the womb and would require surgery at birth. That procedure was undertaken as expected. However, the newborn boy, who turned eight months of age this past July, will require additional open-heart surgery by the age of five years in order for him to survive. That said, the documentary revealed that the boy’s life expectancy would be significantly shortened.

The documentary did not reveal which SSRI Wilson had been prescribed for four years prior to her pregnancy with her son David. However, Lexapro is a commonly prescribed drug and is alleged to be linked to Lexapro pph.

More LEXAPRO BIRTH DEFECT News
Professor Stephen Pilling, advisor to Scotland’s National Institute for Health and Care Excellence, said in comments published in The Daily Record and Sunday Mail (7/3/13) that serious depression notwithstanding, the use of antidepressants for mild to moderate depression is a risk not worth taking.

“One in seven Scots takes anti-depressants but now women are being warned against using them in early pregnancy amid claims that they increase the risk of a child being born with a heart defect,” he said.

Plaintiffs who claim to have been in the dark about the potential for newborn birth defects associated with Lexapro are filing lawsuits with the help of a Lexapro lawyer. All eyes will be on the first trial of consolidated cases, scheduled for May 2014 in Missouri Judicial Circuit 19 Cole County, Missouri (Case No. 08AC-CC00566-01).