While the number of Laparoscopic Power Morcellation lawsuits are not as yet substantial, attorneys close to the file estimate that before too long there could be upwards of 300 or more filings going forward. Given that some 650,000 women undergo hysterectomies in the United States each year due to uterine fibroids, 300 lawsuits appear to be a conservative estimate. 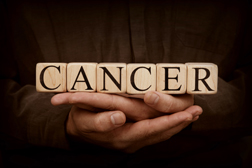 The US Food and Drug Administration (FDA) has yet to take the drastic step of ordering power morcellators off the market. However, the regulator’s 2014 safety advisory all but put the nail in the coffin of the once-popular medical device when, on April 17 of that year, the FDA recommended that doctors employ other options and made a point to discourage use of laparoscopic uterine surgery via power morcellators for hysterectomy.

In its communiqué, the FDA cited data that suggested one in 350 women could be at risk for undiagnosed cancers in association with use of the device, which has been alleged to spread undetected cancer cells within the uterus, dramatically increasing a woman’s risk for Ovarian cancer and other cancers.

A little more than three months after the FDA frowned upon the power morcellator (a device the regulator approved in the first place), Ethicon withdrew all of its power morcellators from the market.

That withdrawal did not stop the multidistrict panel tasked with consolidating power morcellation lawsuits from limiting lawsuits within the MDL to those filed against Ethicon, which is a subsidiary of pharmaceutical and medical device giant Johnson & Johnson.

Power morcellation is one of many treatments favored by doctors and the health care industry given the capacity to perform fibroid removal through a small incision, speeding healing and freeing up hospital beds. However, in recent years, several plaintiffs have alleged they emerged from a morcellation procedure with a cancer diagnosis when no risk factors were present prior.

More LAPAROSCOPIC POWER MORCELLATION News
Three other manufacturers of power morcellators are facing lawsuits. However, the MDL was limited to Ethicon, Inc. (and Johnson & Johnson), given that laparoscopic power morcellation hysterectomy lawsuits against the latter outnumber those targeting their competitors.

And even though Ethicon removed their devices from the market, the heat isn’t quite off yet. It has been reported that the Federal Bureau of Investigation (FBI) is involved, and Congress has requested that the US Government Accountability Office examine the file.

As treatments for fibroids move away from the allegedly problematic power morcellator to more traditional procedures, attorneys observe that plaintiffs pursuing a laparoscopic power morcellation myomectomy lawsuit - or litigation stemming from a related procedure - would be well-served by representation through multidistrict litigation (MDL 2652, In Re: Ethicon, Inc., Power Morcellator Products Liability Litigation, before Judge Kathryn Vratil) with cases currently consolidated in Kansas.
READ ABOUT LAPAROSCOPIC POWER MORCELLATION LAWSUITS

Posted by
Edith
on March 15, 2016
Not sure if I can be apart of this class a tion lawsuit but I did receive a hysterectomy in 1990s.