Olympus Corp. of the Americas has settled four lawsuits for injuries and one death allegedly related to the company's power morcellator surgical device, according to The Morning Call. 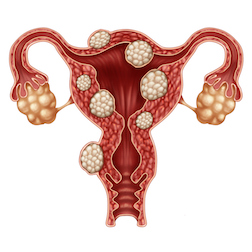 The lawsuits against Olympus Corp. and its Gyrus division alleged that women who underwent gynecological surgeries using the Olympus power morcellators developed cancer and had to endure treatment and additional surgeries, according to the The Morning Call.

According to the article, one of the plaintiffs, Carl H. Selig of Pocono Summit, Monroe County, claimed that his wife was diagnosed with pelvic cancer and later died after she had surgery using an Olympus laparoscopic power morcellator to eliminate what doctors believed to be benign uterine fibroids.

Laparoscopic uterine surgery using a power morcellator device has been marketed as a non-invasive hysterectomy or myomectomy and is used for women who are undergoing those surgeries for uterine fibroids. The device works through a small incision, slicing tissue into small pieces that can be easily removed during surgery.

However, power morcellators have also been linked with the risk of spreading malignant tissue fragments and increased cancer risk.

In 2014, the FDA issued a safety communication on power morcellators, recommending that manufacturers add a boxed warning to device labels and warning that the "vast majority" of women undergoing removal of the uterus (hysterectomy) or fibroids (myomectomy) should not have surgery that involves the use of a power morcellator.

More LAPAROSCOPIC POWER MORCELLATION News
However, according to a February 2017 report issued by the US Government Accountability Office (GAO), the FDA already knew of the potential risk for laparoscopic power morcellators to spread cancer 22 years before issuing its 2014 warning.

Selig's lawsuit claims that's what happened in his wife's 2014 surgery, according to the Morning Call:

"He and his wife trusted information about the risks, including the possibility of spreading undiscovered cancer cells, had been provided to her surgeon. If Jeanne Selig had known of the risk, she would not have consented to the procedure, the suit says."
In each of the other three lawsuits, the female plaintiffs claimed they underwent procedures using Olympus morcellators, were later diagnosed with cancer and are undergoing treatment including additional surgeries, according to the Morning Call.

Settlement amounts for the lawsuits were not disclosed.