Power Morcellators May Be Doing More Harm than Good

Patients who undergo surgery typically expect that all medical devices used in their surgery have been adequately tested and proven safe for use. But lawsuits filed against the makers of the power morcellators, used in hysterectomies and other surgeries, allege the device actually exposed them to more harm than good. That’s because, they allege, the device is linked to the spread of cancer throughout their abdomen, which has put them at greater risk of dying. 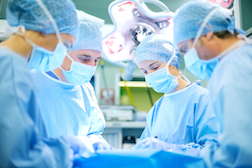 Power morcellators are used to break up uterine tissue in situations where the patient is suspected of having a benign uterine fibroid. Some women who are diagnosed with a benign fibroid actually have cancer, but the cancer cannot be diagnosed before surgery. Thanks to the use of the power morcellator, the uterine tissue is broken up into smaller chunks, making it easier to remove laparoscopically, decreasing the patient’s recovery time.

But for women who have sarcoma, the morcellator might actually not only break up uterine tissue but could break up cancerous tissue and spread it throughout the patient’s abdomen, not only spreading the cancerous tissue but making it less likely the patient will survive her cancer. In some cases, patients allege their cancer progressed from stage 1 to stage 4 within months of having the surgery. The US Food and Drug Administration (FDA) has issued a warning about the risk of power morcellation in women who have undiagnosed sarcoma. But they don’t know they have the sarcoma until after the surgery is complete.

As many as one in 350 women who are treated for uterine fibroids could be at risk of having an undiagnosed cancer, according to the FDA.

More LAPAROSCOPIC POWER MORCELLATION News
Earlier in 2016, a bill known as the Medical Device Guardians Act of 2016 was introduced. The act would require physicians and their offices to let the FDA know about adverse events linked to the use of medical devices.

Meanwhile, a recent study suggests the use of myomectomies has decreased by more than 60 percent since the FDA issued its warning about the use of laparoscopic power morcellation. The study, which was presented at the American Society for Reproductive Medicine 2016 Scientific Congress suggests however that the use of traditional myomectomies has also decreased at the same time.

Posted by
Darcel Chambers
on November 27, 2016
I had a partial hysterectomy in the late 70's & now I have been diagnosed with Hep C.